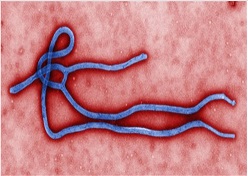 THE TWIN ILL FATED LABORATORY PRODUCTS OF THE U.S!!!!

1. Ebola Virus
It goes without saying that commentators and other political analysts have noticed that West Africa is an area of Chinese investments, as such it is crystal clear that Washington armed with its erstwhile wicked aims is overtly using the cover of Ebola to occupy the countries or even set the disease loose in order to drive out the Chinese thanks to the new “invention” in the form of an U.S patent (Please see next posting referring to this case).
Moreover , the new US Africa Command was formed to counteract Chinese economic penetration in Africa , true to say that Ebola conspiracy theories are spreading faster than Ebola , as a matter of fact any of us knows, the conspiracies could be true.
University of Illinois law professor Francis Boyle, an expert of the perfidies of the US government, reminds us that Sierra Leone and Liberia, the countries most affected by the Ebola outbreak, are two West African countries that host US biological warfare laboratories. Professor Boyle asks how the disease, which is mainly associated with equatorial Congo, reached West Africa thousands of kilometers away!!!!!!!!!!!!!!!

No wonder every wise human being confidently believes that Ebola is a deliberately invented biological weapon put together to control and annihilate undesirable creatures …..
2. ISIL or DAESH Virus
Defeating ISIL would take two weeks, they are in territory where we can block their communications, monitor them, block any move, cut off any resources, we can do it easily with their power alone and there would be nothing to beat them, nothing at all, there is no intent and every word the US said is a lie”.
*Gordon Duff, senior editor of Veterans Today from Ohio.
No wonder Worldwide media reports have admitted that former US Secretary of State Hillary Clinton’s in her memoir“Hard Choices” loudly declared in her book that the United States created the Islamic State (ISIL ) and planned on acknowledging its presence!!!!!!!!!!

Did You Know… USA Owns A Patent On Ebola?
The Irritated American
Shake your money-maker, baby. (IMAGE: CDC)
Strange/Suspicious News Dept:
So first of all, before I get to the primary story, we must of course acknowledge the newest tourist to arrive here in New York City– the Ebola virus. As the world already knows, a Doctors Without Borders doc, Craig Spencer, began showing symptoms and immediately got himself into treatment. He is now in quarantine–along with those in contact with him–in Bellevue Hospital. Prior to that he was riding around freely in cabs, bowling happily in Brooklyn, riding around on the subway. . . all in the week since his return from Guinea (where he was treating Ebola victims, incidentally).
Thus I want to alert folks–the person you see walking around and riding the subway and shopping at the market with full wetsuit and flippers, and full medieval armor donned over these, that person is me. Just a super slight precaution I’m taking and nothing to worry about.
* * *
Back to the Strange News– Did you know that the United States owns a patent on Ebola? The patent number, CA2741523A1, awarded in 2010, was granted for a particular strain of Ebola known as “EboBun.”
The patent summary reads as follows: “The invention provides the isolated human Ebola (hEbola) viruses denoted as Bundibugyo (EboBun) deposited with the Centers for Disease Control and Prevention (“CDC”; Atlanta, Georgia, United States of America) on November 26, 2007 and accorded an accession number 200706291.”
You can view the entire patent/filing here.
What is most fascinating is the language–the referral to the virus as an “invention.” When referring to the Ebola virus, the patent report always reads “the invention this,” and “the invention that.” The filing also claims ownership over all other strains that have as low as a 70% similarity with the EboBun strain.
Now let’s talk turkey here– since when was a naturally occurring virus regarded as a patentable invention (I’m not even going to think about how this news will effect those super-suspicious souls who believe that Ebola is a deliberately invented biological weapon put together to control and annihilate undesirables… because this news seems to confirm everything they’ve been screaming about)?
The purpose of a patent is of course to claim monopoly and acquire protection that prevents others from profiting on one’s invention. Here we have the United States successfully locking down the Ebola virus for reasons overt and covert: it wants a monopoly on any future vaccines, and it wants to be able to work singularly with the virus–engineering it? repurposing it? weaponizing it? etc–without competition.
That is the key–the USA acting through the CDC is very very very concerned with other people working with this virus. Competition, and the ability of others to work with and on it, is extremely irritating as an idea to the US, and thus they are doing all they can to prevent it.
What else besides the overt and covert behaviors above could be the motivation for trying to monopolize a global disease, in which the US is a mere sideshow in terms of infection and death? Why would anyone want to restrict research on such a ferociously terrifying vaccine by any and all parties capable of handling and storing a level four pathogen? Why would anyone want to squash the number of experts simultaneously working on the virus, and therefore hinder the race for a vaccine and/or cure?
There are many things I don’t know–but one thing I do know is that there is a lot more to this US/CDC patent for Ebola than meets the eye. Those interested in reading a more in-depth article on the patent are encouraged to go to this article at NaturalNews.
Preston Clive
10/24/2014
Follow: Centers For Disease Control, conspiracy, ebola, filling, filovirus, intellectual property, invention, level four, Marburg, monopoly, new york city, NYC, patent, Preston Clive, The Irritated American, vaccine
Published by Preston, 24.10.2014 at 18:00

Share
Previous The Truth of the Holy Prophet (S.A.W.A.)
Next Royal Saudi blowback