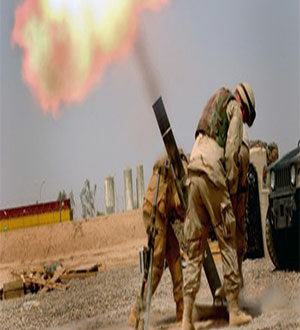 The U.S. Army will double the value of emergency military equipment it stockpiles on Israeli, and Israel will be allowed to use the U.S. ordnance in the event of a military emergency, according to a report in Monday’s issue of the U.S. weekly Defense News.

This is the final phase of a process that began over a year ago to determine the type and amount of U.S. weapons and ammunition to be stored in Israel, part of an overarching American effort to stockpile weapons in areas in which its army may need to operate while allowing American allies to make use of the ordnance in emergencies.

The U.S. administration decided to increase its annual military aid to Israel by as much as $800 million, on top of the millions of dollars and war arsenal dispatched to Israel per every single year, an Israeli newspaper reported Sunday.

The Israel Hayom newspaper quoted political sources as saying that the U.S. administration approved an Israeli request to provide Tel Aviv with four billion dollars in military aid for ten years, with an increase of $800 million from last year.

Israeli news outlets said there is a striking gap between the Israeli and U.S. positions as regards the increase in military aid as of the end of 2018.

Share
Previous Iran Supports Efforts to Bring Peace to Syria: Deputy FM
Next America: Muslims in St. Louis discuss politics, Islamophobia and getting out the vote