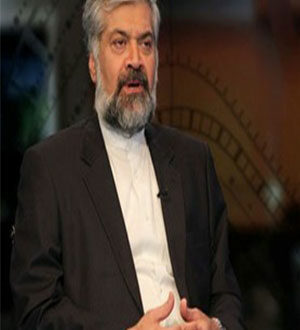 “The ceasefire in Syria is a nice turn for the country. It will help political solutions and move away from military solutions,” Sarmadi told Sputnik on Sunday.

He further reiterated Tehran’s continued support for resumption of UN-backed peace talks aimed at ending the four-year crisis in Syria.

The first peace talks in two years between the government and opposition groups in Syria collapsed on February 3 before they began in the face of the recent major advances by the Syrian troops in the city of Aleppo. The talks were scheduled to be held on February 25.

The Iranian top official also highlighted Moscow’s bids for peace in Syria and said, “We value the role of Russia and the efforts it made to reach an agreement on the ceasefire and to maintain its compliance to the present day.”

Nearly an hour before the cessation of hostilities went into effect, the United Nations Security Council unanimously demanded that all parties to the war in Syria comply with the terms of the US-Russian deal.

The demand was included in a resolution drafted jointly by Russia and the US that also urged the government and opposition to resume UN-brokered peace talks.

Both President Bashar Assad’s government and the main opposition body have agreed to the deal that allows fighting to continue against Daesh (ISIL) and other terrorist groups like the Nusra Front.