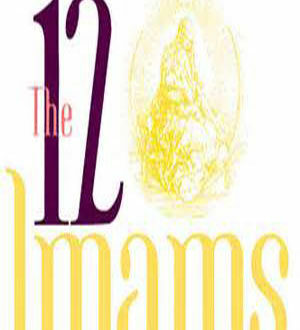 Amongst all the creations in the universe, be that be only physical or spiritual, the creation which is a combination of and spirituality, are the best ones.
The reason for superiority of each of these three groups over one another is determined by Allah, His spiritual favor, the capacity of creature, perfect faith, the praiseworthy deed or other reasons which are unknown to us, may underlie this selection. To give further explanation of the issue, we will give examples from the best of these three groups.
The Best Places

In the Holy Quran and narrations, certain places and pieces of lands have been mentioned as having a special value for Allah on account of His Mercy and favor bestowed upon it or because of performance of certain religious rituals therein. Desecration of such places is unlawful for all.
Kabah And Its Vicinity
The piece of land on which the Kabah stands, was chosen by Allah. This choice has given it both dignity and superiority, making it distinct among all other places. Imam al-Sadiq (a.s.) has been reported as saying:
Allah has chosen one thing from among all things and has chosen the Kabah from among all the places on the earth.14
Kabah was the first House to be built on earth, in a blessed and bounteous city for the guidance of the people of the world. Clear signs of spirituality and the station of Prophet Abraham were placed there. Whoever enters that place shall be secure:
Most surely, the first house appointed for men is the one at Bekka, blessed and guidance for the nations. In it are clear signs, the standing-place of Ibrahim, and whoever enters it shall be secure. (3:96-97)
Imam al-Sadiq (a.s) has said:
Whoever comes to the Kabah and recognizes part of its holiness, his sins will be forgiven by Allah Who is sufficient for his affairs this world and the Hereafter.15
The Best Days and Nights
The Holy Quran attracts people’s attention to such nights as the Grand Night and the first ten nights of Dhul-Hijjah as well as such days as the Days of Allah in order to make themselves worthy of the grand rewards by taking advantage of these unique opportunities.
The Grand Night
In the words of the valuable al-Safi Exegesis (tafsir), Ibn Abbas narrates that the Holy Prophet was told about a man from the Children of Israel who had carried arms over his shoulder for a thousand months, for Jihad (holy war) in the way of Allah. The Holy Prophet was shocked at hearing this and wished that his community (Ummah) would have undertaken such a rewarding task. So, he raised his hands in prayer, saying, “O Allah, You have set my ummah the shortest time in terms of life and the minimum opportunity for deeds.”
Allah then granted him the Grand Night saying, “The Grand Night in each month of Ramadhan until the Judgment Day, while being short in terms of time and with little opportunity for deeds, is better for you and your ummah after you, than a thousand months during which the believing man of the Children of Israel carried arms for Jihad in the way of Allah.”
The First ten Nights of Dhu’ l-Hijjah
The first ten nights of Dhul-Hijjah, as the Holy Quran describes, are among the well-known months (2:197). They are the best times during which the Major Hajj is performed on the Mount Arafah on the ninth day, the obligatory passing of the night in Mashar on the night of tenth and the Feast of Sacrifice on the tenth day.
When the month of Dhul-Hijjah would arrive, the righteous among the ummah would make an extraordinary effort to worship and serve Allah. These days and night are excellent in terms of virtues and blessings. The Holy Prophet has been reported as saying:
Good deeds and prayers to Allah are not better in any time than in these days and nights.16
Days of Allah
The Days of Allah (ayyamullah) are the days of victory or failure, the sweet and bitter days, the days of manifestation of Allah’s mercy to the believing nations or Allah’s wrath on the unbelievers.
It is praiseworthy to pay attention to ayyamullah for learning lessons from the past events. Allah has mentioned ayyamullah in the Holy Quran to awaken nations:
And certainly We sent Musa with Our communications, saying: Bring forth your people from utter darkness into light and remind them of the days of Allah. (14:5)
Besides this, the ayyamullah are the best time for repentance, engaging in prayer and doing praiseworthy deeds.
The Best Human Beings
What makes a human being superior to others is his faith, knowledge and piety. Believing people are better in value than others and the scholars who practice their faith are superior to believers and the people of piety are of the highest value. In this relation, the Holy Quran has delicate and precise references:
Allah will exalt those of you who believe, and those who are given knowledge, in high degrees; and Allah is Aware of what you do. (58:11)
A believer’s value is such that both the Holy Quran and narrations consider kindness towards a believer as kindness to Allah and His messenger, assistance to a believer as assistance to Allah and His messenger, to please a believer as to please Allah and His messenger and to vex a believer as to vex Allah and His Messenger. Reporting the Holy Prophet, Imam al-Baqir (a.s) has said:
Whoever makes a believer happy has indeed made me happy and whoever makes me happy has certainly made Allah happy.17
Allah has not been worshipped with anything better than making a believer happy.18
Imam al-Sadiq (a.s.) has said:
To meet the needs of a believer is better in Allah’s view than Hajj performed by a pilgrim who spends a hundred thousand Dinars on each Hajj.19
If a man feeds one of my brothers-in-faith, it is better for me than entering the market, buying off a slave and setting him free in the way of Allah.20