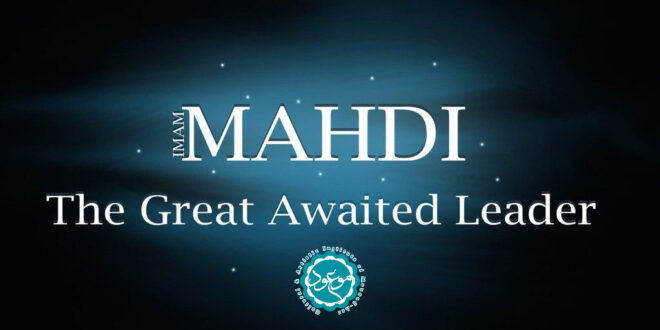 According to Mouood, quoting by The Promised Mahdi:

Imam Hasan Askari (a.s.) was martyred in 260 A.H., within 5 years of the birth of Imam Mahdi (a.t.f.s.) in 255 A.H. Immediately after his martyrdom, the soldiers of the Abbassid Caliph surrounded his house. They were in search of his son, who was his successor.

These historical incidents in themselves are a proof of the danger to the life of Imam Hasan Askari’s (a.s.) son. Occultation was thus necessary for the protection of Imam Mahdi’s (a.t.f.s.) life and for the continuity of the institution of Imamat and successorship of prophethood.

The Holy Prophet (s.a.w.a.) had already prophesied about this:

‘Then till Allah desires, their Imam will be hidden from them and he will have two occultations…’

Selection of the Special Representatives

Subsequent to the martyrdom of Imam Hasan Askari (a.s.), the Shias were enveloped in the darkness of doubt and indecision. The demise of Imam (a.s.) was not the sole reason for their condition, essentially it was also due to the political situation prevailing at that time.

The atmosphere of fear and anxiety unleashed by the Abbassid Caliphs towards the Shias and the lack of direct contact with the Imam (a.s.) aggravated things further. Soon the Shias disintegrated into different sects.

The martyrdom of Imam Hasan Askari (a.s.) disturbed the Shias even more. The situation worsened to such an extent that many Shias despaired of their faith. Such conditions marked the beginning of the minor occultation. Imam-e-Zaman (a.s.) was physically absent from the midst of the people.

However, it was not as if Imam Hasan Askari (a.s.) had not introduced his son and successor at all. The introduction was made, but only to the trustworthy ones. Ahmad bin Ishaaq-e-Qummi was informed through a etter. He was instructed to inform reliable people about the birth of Imam Mahdi (a.t.f.s.). Also, care was taken to ensure that this news did not break out to the general masses.

(Although they were Shias of Hazrat Ali (a.s.), they deviated after the demise of Imam Hasan Askari (a.s.))

(ii) Mohammad bin Ibrahim was confused after the martyrdom of the eleventh Imam (a.s.). This was despite the fact that his father Ibrahim bin Mahziyar was a representative of Hazrat Wali-e-Asr (a.s.) in Ahwaz . Sheikh Kulaini (a.r.) narrates that when the father of Mohammad bin Ibrahim died, some amount of Khums (Sahm-e-Imam) was in his possession.

His father had mentioned in his will that he should be careful about the Sahm-e-Imam and it should reach to the correct person.

In a state of confusion, Mohammad bin Ibrahim carried the money to Iraq. He decided to hand over the amount only after a satisfying proof was presented to him. Later, a messenger came to his house and advanced some convincing signs about the money and took custody of it.

Mohammad bin Ibrahim became distressed and few days had not passed when he received a letter appointing him as a representative in his father’s place.

(iii) Sheikh Saduq (a.r.) narrates from Abu Raje Misri, ‘Two years after the demise of Imam Hasan Askari (a.s.), I undertook a journey to search for his successor but I failed in my mission. In the third year while I was still seeking Imam Hasan Askari’s (a.s.) successor in Medina , Abu Ghanim nvited me to his house one evening.

At that time, a thought crossed my mind that if at all there was any son of Imam (a.s.) then after three years he would definitely have made himself known.

Suddenly a voice reached my ears. The voice declared, ‘O Nasr bin Abdullah (Abu Raje), ask the Egyptians whether they have seen the Prophets (a.s.) in whom they believe?’ Abu Raje says, ‘Till then I was unaware of my father’s name as I was born in Madyan and Naufali had brought me to Egypt .

After my father’s death I was brought up in Egypt . Listening to this I got up. Instead of going to Abu Ghanim’s place I took the road to Egypt .

(iv) Hasan bin Abdul Majid says, ‘I was in doubt about Hajiz bin Yazid (he was one of t

he representatives of Imam-e-Zaman (a.t.f.s.) in Baghdad and among the foremost assistants of Usman bin Saeed (r.a.)). Then I collected some money and reached Saamarrah. There I received a letter stating – It is not proper to doubt about us or about those who are helpers in our affairs. Whatever you have brought with you, deposit it in the custody of Hajiz b. Yazid’.

There are many such incidents in the books of traditions. Nevertheless, such doubts and confusions led to the disintegration of Shiaism into many sects. Al-Masoodi in ‘Muroojuz Zahab’ mentions about twenty such sects. Sa’d-e-Qummi in ‘Al Maqaalaat wal Feraq’ has mentioned 15 such sects.

It is famous among the scholars that after the demise of Imam Hasan Askari (a.s.), the Imamites (Shias) were divided into fourteen sects and according to the contemporary ulema these 14 sects from the aspect of beliefs, form 5 sects.

Currently, only the Imamiyyah sect (believers in the Imamat of Imam Mahdi (a.s.)), among all others, has survived.

We observe that despite the foresight and anticipation of the Shias of that time, they were afflicted with doubt and skepticism. Imam-e-Zaman (a.t.f.s.), who never forgets his Shias has himself declared to the Shias:

‘We are neither negligent of your affairs nor are we forgetful of your remembrance. If it were so, you would have been already destroyed’.

Surely, if it wasn’t for the link between the noble and extraordinary Shias and Imam-e-Zaman (a.t.f.s.), the entire foundation of Shiaism would have been decimated.

To avoid such a scenario, in the initial period of occultation, Imam-e-Zaman (a.s.) maintained contact with the Shias through the special representatives. The common people were thus trained to live without an apparent Imam for a long period. This contact satisfied the people who were denied even a glance of their leader.

The Important Role of the Representatives:

The leadership of the four special representatives transformed the conditions of the Shias for the better. The Shias were saved from disintegration and deviation. Of course, this was possible only with the guidance of Imam-e-Zaman (a.s.).

The era of the first representative was marked with the presence of many groups having variant views vis-à-vis the son of Imam Hasan Askari (a.s.). However, the era of the second representative witnessed a successful transition, as his teachings prevailed among the Shias, thereby weakening the other groups.

Consequently, at the time of the third and the fourth representatives, the new generation of Shias had become acquainted with the true Shiite beliefs. They considered the words of the special representatives as the words of Imam-e-Zaman (a.t.f.s.) himself and they were desirous of meeting him.

Same signature in every Tauquee

The belief of the new generation was strengthened by the presence of the same signature in all the letters issued to the four representatives. The fourth (and last) special representative was issued the last letter, which announced the termination of the minor occultation and the onset of the major occultation.

The foundation of the major occultation of Imam-e-Zaman (a.s.) was laid with the help of the minor occultation.

Under these circumstances the Shias were united. Sheikh Mufeed (a.r.) in 373 A.H. while writing the book, ‘Al Fussol-ul-Mukhtarah’ records that out of the fourteen sects only the Imamiyyah sect survived.

He further writes that this sect had the maximum number of scholars, visionaries, righteous ones, worshippers, jurists, traditionalists, linguists and poets. As these personalities were the leaders and were highly revered in society, the Shia Imamiyyah led an honorable existence. 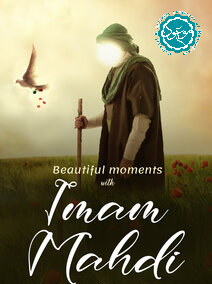 (i) Mentally preparing the masses for the major occultation and gradually habituating them to live in the period of occultation. At the same time they had to safeguard the people from any negligence towards the matter of occultation.

(ii) Guiding the lovers and followers of Imam-e-Zaman (a.s.) and protecting the unity of the Shia community. To a certain extent the special representatives filled the void created by the occultation of Imam (a.t.f.s.). Through them, Imam (a.t.f.s.) guided his Shias and ensured that no adversity touched them in his absence.

The deviation that would have occurred without the special representation is unimaginable.

Lastly, let us discuss some of the general responsibilities of the special representatives:

a) Concealing the abode of Imam Mahdi (a.t.f.s.) This responsibility involved two facets. The dwelling of Imam (a.t.f.s.) was to be concealed not only from the enemies but also from the Shias.

They prohibited their local representatives from even mentioning the name of Imam (a.t.f.s.) among the general masses. The Shias were thus protected from the Abbassides.

On the other hand they were also responsible for proving the existence of Imam (a.t.f.s.) among the reliable Shias to prevent any doubt from creeping in their beliefs. In some instances they even arranged meetings or indicated a place for meeting Imam (a.t.f.s.) to reliable people so as to disperse the cloud of uncertainty.

We shall further enlighten our readers about the responsibilities of the special representatives in the brief life-sketch of the second representative, Janab Mohammad b. Uthman (a.r.). Insha-Allah.

b) Preventing the disintegration among the Shias: We have mentioned this point in some detail in the preceding paragraphs.

d) Contending the false claimants of Mahdaviyat: This too will be discussed Insha-Allah in detail in the life history of the second representative.

Previous As Glasgow forest pledge turns to action, most signatories drop out
Next Why did Islamic community consent to murder of Prophets (pbuh) grandson, 50 years after his demise?

According to Mouood, quoting by wikishia: Imam Ali b. Abi Talib (a) ImamʿAlī b. Abī …