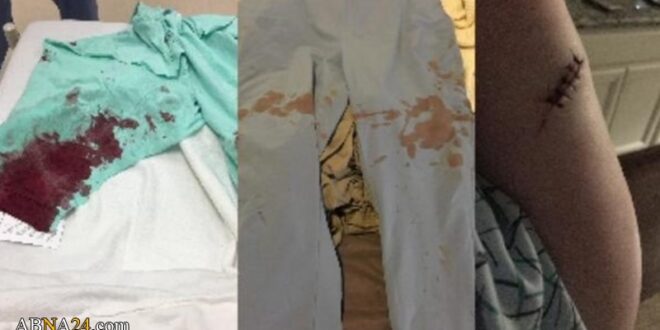 A nurse in northeast Harris County says she was attacked by violent racists when she was returning home from her night shift at a hospital early Thursday morning.

The woman has asked that her name not be used out of fear that her attackers may return.

“I just thought ‘God, forgive me my sins,’” the woman said. “I thought I was going to die, I though he was going to kill me.”

The Harris County Sheriff’s Office says they’re looking for the attacker who exited his red SUV off Huffmeister near 290 and went after the woman with racist slurs and a knife.

“I wasn’t actually sure if they had side swiped me and so that’s why I pulled over and got out of the car,” the woman said. “The driver got out of the car — he was a white guy with a lot of tattoos and a slim build, and he saw me.”

The woman says she was wearing her scrubs and hijab as normal.

She said the man became increasingly aggressive and began hitting her with the butt of a knife that he had. She said she raised her arms to defend herself and the man stabbed her in the arm.

The woman raced back to the hospital for help and called police.

“I just want them to be accountable for what they’ve done,” she said.

Sheriff’s deputies say the suspect has a slim build and dark hair and is 25-35 years old, and has a “thick country accent.”

The woman says the man had several tattoos and was riding with another man and a third person, who was either a woman or a man with long hair.

Houston’s chapter of the Council on American-Islamic Relations is offering a $5,000 reward for anyone with information leading to an arrest and conviction of the suspect.