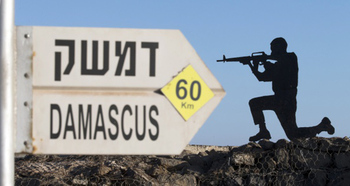 The Syrian crisis as well as military interventions in Iraq are examples of American interventionism policy. Rise of homegrown terrorists beside others from foreign countries in these two countries and destabilizing them politically resulted directly in increased Israeli security. Since the time of the former Syrian President Hafez al-Assad and the Arab-Israeli wars, the Syrian government has been the sole Arab country that openly opposed continuation of existence of the Israeli regime. This posture by Syria engaged Damascus and Tehran into deep bonds since 1979, the year the Islamic Revolution took place in Iran. Afterwards, Lebanon’s Hezbollah joined this alliance.

If the unrest in Syria, sparked in 2011, had led to collapse of the government of President Bashar al-Assad, Tel Aviv could simply get rid of one of its key opponents. But, particularly in recent months, the Syrian government made resounding gains in the battlegrounds, managing to mar any dreams by anti-Assad sides that sought partition of the country. Liberation of the ancient city of Palmyra and Aleppo and making fresh advances in other regions finally forced the opposition groups to accede to participation in peace negotiations. If the meeting, which is planned to be held in Astana, Kazakhstan’s capital, results in peace, the Syrian army will be much freer to focus on fighting the other terror groups such as ISIS and Jabhat Fateh al-Sham (formerly al-Nusra Front).

Under these conditions, it is likely that crisis ends in a brief period. Return of calm to Syria, though accompanied by some changes in the country’s political structure, by no means is favorable to Tel Aviv. In the meantime, Donald J. Trump, the incoming American President, has said that he aimed to work with Russia with a serious resolution to confront the ISIS terrorist group. Although the American presidents, with any worldview and policy, never set aside presenting guarantees for security and existence of the Israeli regime, in such an atmosphere lingering war and crisis in Syria is the Israeli regime’s top option.

The ongoing conflict in Syria distracts Hezbollah focus on the Israeli regime. The Lebanese movement in past six years of the Syrian crisis has been a leading actor on the scene, striving to save the government of the Syria’s Assad in best possible fashion. If the war in Syria ends or develops to a level that Hezbollah’s assistance to Damascus is no longer required, Tel Aviv once again will come back to the center of attention in the eyes of the Lebanese movement’s leaders, especially that now Michael Aoun, an ally to Hezbollah, is picked president of Lebanon and so the movement will have larger clout to maneuver, or at least will have less hurdles ahead at home.

That is why many Israeli analysts comprehensively agree that continued war in Syria is a strategic choice for the Israeli regime. In fact, ongoing conflict will exhaust power of the anti-Israeli actors of the Syrian fight as it happens in an erosive process.

This urges the Israeli leaders to plan measures to assure that war goes on in Syria. The likely scenario is fitting out the terrorists with necessary support. In a situation in which the American foreign policy regarding the crisis in Syria is uncertain, and it is yet to be clear the new US leader on what issues will bargain with Russia, and Turkey in an apparent shift of foreign policy has scaled down backing for the anti-Damascus militants, the terrorists need backup.

Should the Israelis have their back in the face of the Syrian forces, they once again will gather their power together, and so the war of attrition will proceed to an indefinite time.

But the issue that matters, meanwhile, is the reaction of the militant groups’ leaders in dealing with their supporters. For example, with changes in Ankara’s foreign policy, Turkey in past few months become scene for terror attacks. At the same time, to press the West for further aids or decrease in the US-led coalition’s airstrikes, ISIS leaders arranged attacks in a series of European countries like Belgium, France, and Germany. Earlier, Saudi Arabia was targeted by the terrorist groups, too.

This issue can happen to the Israeli regime, too. To weather further losses, the terrorists are now poised to obey any order arrives to them from Tel Aviv, but in the future they will use power to exercise influence on it. The key point is that the Israeli security measures are not that watertight, something two sides of game are aware of.

On the other side, the Israeli officials might resort to the Kurds to actualize their aim for further destabilization and split in the region. Currently, the Kurdish People’s Protection Units (YPG) are the most influential domestic Syrian forces from the opposition camp in anti-ISIS battle. Their resistance to fall of Kobani, a Kurdish-inhabited northern Syrian town, to ISIS terrorists motivated the US President Barack Obama to logistically aid them, and even count on them like his boots on the ground in the Syrian battlefields. In addition to Obama, Trump also maintained that the Kurds’ performance in past few years has shown that they– among others– should be taken into account in fighting ISIS.

Therefore, under cover of the US support for the Kurdish forces Tel Aviv may embolden the Kurds of Syria to seek split. Establishment of second autonomous Kurdish region will sound the alarm bell for Turkey. Syria will partition, and this will perhaps usher in a domino effect of independence-seeking movements by other ethnic groups in West Asia region.

Another available choice for the Israelis is bargaining with Russia. The Russians over the past year have been in the league of President Assad’s backers, but now that it is time to make use of the investments, they might make bargains with other actors in Syria.

Whereas Moscow does not seem to agree to Syria partition, accepting federalism and role playing of all sides of opposition camp in the country’s political structure can open windows for Tel Aviv to seek footholds in Syria.

Removing the opposition groups will not be an easy job, and it can take several years. So forging a political space in which the opposition has power to flex muscles will prohibit Damascus from forming a strong government. This will materialize a Tel Aviv scheme to disturb Syria’s anti-Israeli focus, not to mention that it raises possibility of the Kurds’ autonomy. 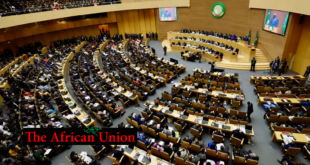 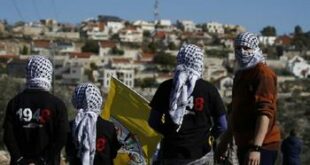 The report by Defense for Children International (DCI), a Geneva-based NGO focusing on children’s …