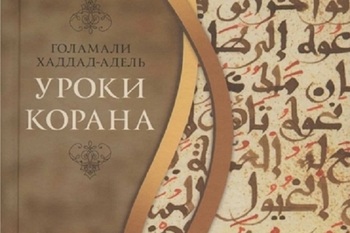 The book “Lesson from the Quran” by prominent Iranian cultural figure and politician Gholam Ali Haddad Adel was translated into the Russian language.

It is a summary of a four-volume book on teaching the Quran to school students in Iran.

The book has been rendered into Russian by Ismail Gibadullin and Rais Hazrat Ismaylov, a professor of the Islamic Institute of Moscow has overseen the translation, Fars reported.

The Islamic Studies Foundation of Russia has published the translation.

Gibadullin had previously translated a book titled “Language of Quran” into Russian.

Islam is the second most widely professed religion in Russia. Muslims make up some 15 percent of the country’s population of around 145 million.

Share
Previous U.S. dropped 26,171 bombs on 7 Muslim-majority countries in 2016
Next Analysis: Why Israel wants lengthening of war in Syria?