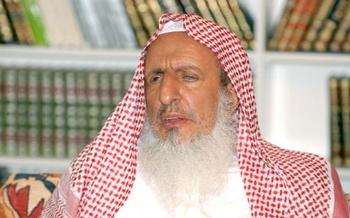 The cleric who is the top religious authority for the followers of Wahhabi ideology said cinemas would encourage immorality in the kingdom.

“I hope those in charge of the Entertainment Authority are guided to turn it from bad to good and not to open doors to evil. Motion pictures may broadcast shameless, immoral, atheistic or rotten films.” Grand Mufti Sheikh Abdulaziz Al al-Sheikh said.

“There is nothing good in song parties, for entertainment day and night and opening of movie houses at all times is an invitation to mixing of sexes,” he added.

The extremist Wahhabi ideology preached publicly in Saudi Arabia is the ideological foundation for many terrorist groups both in the region and around the world.

The cleric, who is notorious for adopting harsh positions vis-à-vis cultural, religious and political issues, was clearly referring to a recent announcement by the head of the government’s General Authority for Entertainment, Amr al-Madani. The official stirred debate last week when he raised the possibility of opening cinemas and staging concerts in Saudi Arabia this year.

Saudi Arabia, the world’s largest oil producer, has been facing growing international criticism for its records on human rights. Women are not allowed to drive in the country and can only contest some local elections.

Share
Previous Analysis: Why Israel wants lengthening of war in Syria?
Next Serious consequences if US moves embassy to al-Quds, France warns