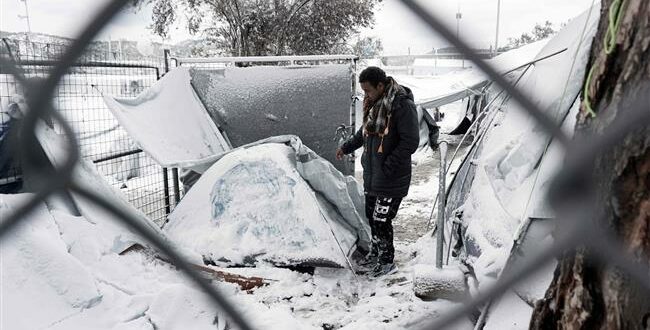 Europe must boost efforts to save refugees dying of cold: UNHCR

The United Nations High Commissioner for Refugees (UNHCR) says European governments must do more to help refugees dying in Europe’s sudden cold snap instead of pushing them back from borders and exposing them to violence and confiscations.

“Given the harsh winter conditions, we are particularly concerned by reports that authorities in all countries along the Western Balkans route continue to push back refugees and migrants from inside their territory to neighboring countries,” UNHCR spokeswoman Cecile Pouilly said on Friday.

She added that five refugees have so far lost their lives from cold and said some 1,000 people, including children, were in unheated tents and dormitories on the Greek island of Samos and need to be transferred to shelter on the mainland.

She said the bodies of two Iraqi men and a young Somali woman were found close to the Turkish border in Bulgaria and two Somali teenagers were hospitalized with frostbite after five days in a forest.

The body of a young Pakistani refugee was found along the same border in late December, she added.

According to reports, hundreds of refugees had been transferred to better accommodation on the Greek islands of Lesbos and Chios in the past few days.

Greece, which is home to large numbers of refugees, said that it had sent a ship to the island of Lesbos to house some 500 asylum seekers. The move came after rights groups put Athens under fire for keeping the refugees in snow-covered tents and sub-zero temperatures at campsites.

About 80 percent of the 7,300 refugees and asylum seekers are staying in heated government shelters in Serbia; however, some 1,200 men were sleeping rough in informal sites in Belgrade.

An Afghan man, 20, died after crossing the Evros River on the Greece-Turkey land border at night when temperatures were below -10 degrees Celsius.

The UNHCR spokeswoman further quoted some refugees as saying that police have subjected them to violence and many others saying their phones were confiscated or destroyed, preventing them from calling for help.

Joel Millman, a spokesman for the International Organization for Migration (IOM), also said refugee movements across the Mediterranean had “started out in a big way” in 2017.

He added that the death toll for the year was already 27.

Authorities in Europe have raised the death toll from the recent cold snap in the continent to at least 73 people, as heavy snow further blankets eastern European countries, where many refugees are living in already poor conditions.

The cold spell started last week and gripped large swaths of land in Europe, particularly in its eastern parts, reducing temperatures to the lowest some of them have experienced in decades.