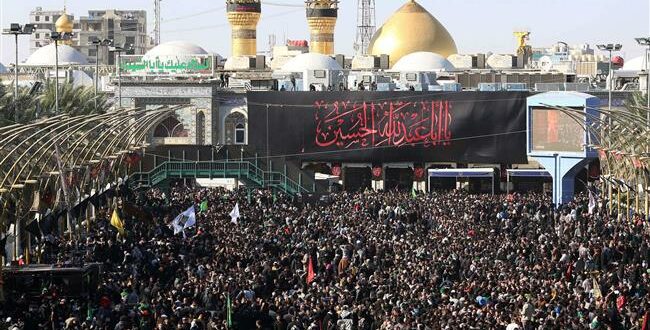 Zubeidi said the number of pilgrims is on course to hit 27 million on the culmination of the grand event on Friday. Some 60 percent of the pilgrims are women, according to the Iraqi minister.

Arba’een rituals take place in Karbala and mark the 40th day after the martyrdom anniversary of the third Shia Imam, Imam Hussein. Imam Hussein and 72 of his loyal companions, including family members, were martyred on Ashura, the tenth day of the lunar month of Muharram, in the battle of Karbala against the second Umayyad caliph, Yazid I, in 680 A.D. Imam Hussein was martyred after he refused to pledge allegiance to the tyrant ruler.

Pilgrims from over 100 countries, including Iran, have been gathering in Karbala for over a week to mark Arba’een, defying threats by Takfiri terrorists to attack them. Many of the mourners have reached the city on foot to show their devotion to the Shia Imam.