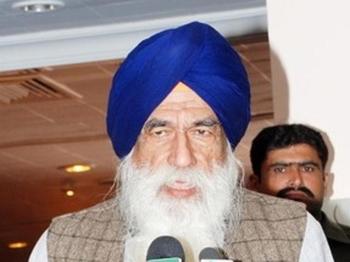 Secretary General of Pakistan Sikh Gurdwara Parbandhak Committee (PSGPC), Gopal Singh Chawala said on Sunday that Imam Hussain (AS) was the ‘Imam’ of entire universe instead of any sect or group.

He expressed these views while addressing “Hussain Subka” inter-religion peace conference held under the auspices of Afkar Hussainia Foundation.

Director General of Iranian Cultural Center Muhammad Akbar Barkhudari said that Islam gives message of peace, love and brotherhood and condemns lawlessness and terrorism. He said that life of Imam Hussain (AS) was a light of guidance for us.