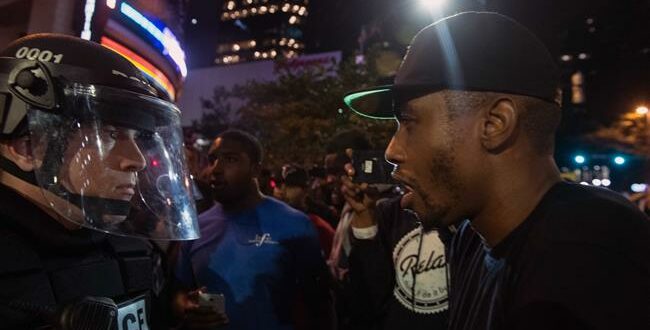 Experts from the United Nations have warned that African Americans in the US were facing a “human rights crisis” and they should receive reparations for slavery.

The US had not yet confronted its legacy of “racial terrorism,” which has largely been fueled by impunity for police officers who have killed a number of black men across the country in recent months, according to the UN working group on people of African descent.

Those police killings “and the trauma they create are reminiscent of the past racial terror of lynchings,” said the report, which was presented to the UN Human Rights Council on Monday.

“There has been no real commitment to reparations and to truth and reconciliation for people of African descent,” the report said.

Several models of reparations could work in the US context, including “elements of apology” and a form of “debt relief” to the descendants of black slaves, the UN working group’s chairman, Ricardo A. Sunga, told reporters on Tuesday.

Sunga also expressed concern over the “hate speech…xenophobia (and) Afrophobia” that has been made by Republican presidential nominee Donald Trump during his campaign.

“We are very troubled that these are on the rise,” he added, without naming Trump specifically but calling on officials and “candidates” to watch their words.

The report, which was based on a visit by a five-member group to the US in January, comes amid ongoing protests over the police killing of an African American in Charlotte, North Carolina.

On Monday, protesters gathered at the city council in Charlotte to express their frustration with racial inequality, urging the resignation of Mayor Jennifer Roberts, Charlotte-Mecklenburg Police Chief Kerr Putney, and members of the city council.

The protesters demanded justice for Keith Lamont Scott, a 43-year-old father of seven whose officer-involved death on September 20 ignited citywide demonstrations that have continued ever since.

Two-thirds of young blacks say that they or someone they know has experienced police violence or harassment, according to a poll released in August.

The GenForward poll found that 66 percent of African Americans aged 18-30 and 4 in 10 Hispanics said they had personally experienced violence or harassment at the hands of the police.