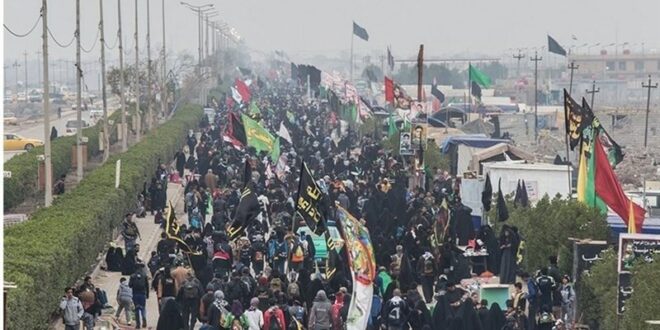 Iran Ready to Dispatch over 2mln Pilgrims to Iraq on Arbaeen: Official

Iran’s Hajj and Pilgrimage Organization is fully prepared to dispatch more than two million pilgrims to Iraq’s holy cities during the upcoming Arbaeen ceremony in November, a senior official at the organization said.

Speaking to the Tasnim News Agency on Saturday, Mohsen Nezafati said the organization started registration of pilgrims wanting to make pilgrimage to Iraqi holy cities earlier in the day.

“We are prepared to begin the dispatch of pilgrims attending Arbaeen ceremony on October 22,” he said, adding that Iraq has also announced its readiness to host the Iranian pilgrims.

He further predicted that more than two million Iranians would go on pilgrimage to Iraq for Arbaeen this year.