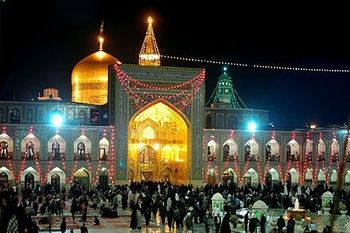 A cultural event titled “Sultan of Khorasan” is planned to be held at the Berlin Museum in the German capital city next week.

The Iranian Cultural Center in Berlin will organize the event on the occasion of the birth anniversary of Imam Reza (AS), Seyed Ali Mojani, Iran’s Cultural Attaché in Germany said.

He said it will include speeches, screening of documentaries and traditional Chavoshi performance (signing for pilgrims of Imam Reza (AS)).

One of the documentaries, named Matbakh Mamura , is about the 500-year-old religious foundation (waqf) of Astan-e Quds Razavi (custodianship of Imam Reza (AS) holy shrine), Mojani noted .

He went on to say that Iran’s ambassador to Germany and a former German ambassador to Iran will address the cultural event, which is slated for Sunday, August 14.

It is concurrent with the 11th day of Dhul Qadah, the 11th month in the Islamic Hijri calendar which marks the birth anniversary of Imam Reza (AS).

Share
Previous Muslims in Belgium call for coordinated response to ISIS activity
Next Analysis: Does Islam have a violence problem?