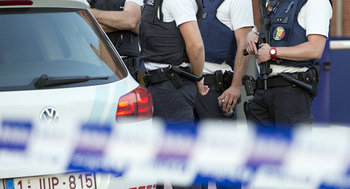 Muslims in Belgium call for coordinated response to ISIS activity

Belgium is in need of a coordinated and reciprocal response to the activities and propaganda of ISIS terrorist group in the country, a spokesperson for the League of Belgian Muslims (LMB) said on Monday, following the attack on police officers in the southern Belgian city of Charleroi.

On Saturday, a man screaming “Allahu Akbar” injured two policewomen with a machete near a police station in Charleroi, motivated by a ISIS call to attack citizens of countries participating in the international coalition against the terrorist group. The perpetrator was shot by a third police officer and died later in hospital.

“We should answer [IS] ideology by ideology and [IS] education by education. We need to emphasize the good way of the religion, which is to build peace. ISIS exploits the verses of Koran in a wrong way and we need to tackle this. If we manage to have a coordinated action at all levels – authorities, associations, leagues of imams, mosques and representatives of other religions, as we are all members of the [Belgian] society – we will succeed,” Karim Chemlal said.

Belgium raised its terror alert to the highest level following the March terrorist attacks on Brussels’ main international airport and on a subway station that killed 35 people and injured over 300. On March 24, two days after a series of deadly blasts, the Belgian crisis center lowered the national terrorist threat alert level from the fourth to the third level.

“Everyone should do his part to achieve what would be important in [the] future for our children,” Chemlal concluded.

In recent months, a series of terrorist attacks has shaken Europe, with Daesh claiming responsibility for many of the incidents.