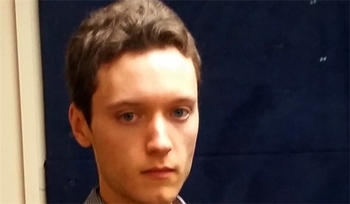 American journalist: Israel the Master of Racism and Dehumanization

An American journalist and writer is of the opinion that it’s absolutely logical and fair to maintain that Israel is a racist and apartheid state that abides by no internationally-recognized rule or convention.

Ben Norton said in an interview with Iran’s Fars News Agency that Israel is unrestrainedly suppressing the Palestinian citizens, and because of its strong political, economic ties with the United States, it’s never held accountable over its war crimes and violations of international law.

Ben Norton believes that along with the military campaign in the Occupied Territories, Israel is also carrying out an intense, racist campaign of demonizing and dehumanizing the people of Palestine to justify their killing. “To perpetuate the violence upon which it thrives, a state ultimately must convince its soldiers to pull the trigger. If it humanizes those whom it wants dead, it becomes hard for soldiers to blindly follow orders and kill—the soldiers see how much they have in common with their supposed enemy.”

“But if it dehumanizes those whom it wants dead, those same soldiers will not think twice. Racism is the most effective means of practicing dehumanization, and Israel is the master of both,” he added.

Ben Norton is a freelance writer and journalist based in the United States. A well-informed commentator on the Middle East current affairs, his work has been published in Mondoweiss, Electronic Intifada, CounterPunch, Common Dreams, Think Progress, and ZNet, among other publications. His website can be found at BenNorton.com.

On the politics of Israeli-Palestinian conflict, Israel’s racial discrimination against the people of Palestine, its contributions to the growth of Islamophobia and the international community’s responses to the criminal actions of the Israeli regime, FNA spoke to Mr. Norton. The following is the text of the interview.

Q: Do you find any similarities between the apartheid regime that reigned South Africa from 1948 to 1994, and the Israeli regime that has been putting in place derogatory laws of racial discrimination against the people of Palestine for more than 6 decades? Many scholars have drawn an analogy between Israel and the apartheid South Africa in terms of their treatment of the people under their rule. Do you consider it a logical analogy?

A: The apartheid Israel-South Africa analogy is a rather common and useful way of introducing the Israeli-Palestinian conflict to those who may not be familiar with it. To answer the question, yes, I think the analogy is logical. That said, in some regards, it is rather limited.

First and foremost, I should say that we need not ask my opinion on the matter; we can simply turn to one of the most prominent leaders in the movement against South African apartheid, Desmond Tutu.

“I have been to the Occupied Palestinian Territory, and I have witnessed the racially segregated roads and housing that reminded me so much of the conditions we experienced in South Africa under the racist system of Apartheid,” Tutu has said. “I have witnessed the humiliation of Palestinian men, women, and children made to wait hours at Israeli military checkpoints routinely when trying to make the most basic of trips to visit relatives or attend school or college, and this humiliation is familiar to me and the many black South Africans who were corralled and regularly insulted by the security forces of the Apartheid government.”

Supporters of apartheid Israel often cite F. W. de Klerk, the last president of apartheid South Africa, a white son of Dutch colonialists, who called such an analogy “unfair.” This conservative leader, who oversaw an apartheid regime, and who still today lives in an all-white neighborhood, in a lavish house with five servants of color, was in Israel to receive an honorary doctorate from Haifa University when he claimed, on Israel’s Channel 2, “you have Palestinians living in Israel with full political rights,” and “you don’t have discriminatory laws against them.”

For starters, de Klerk’s statements, factually speaking, are simply incorrect. Whether or not one agrees with the apartheid Israel-South Africa analogy is one thing. That Israel is an apartheid state, on the other hand, is not up for debate. In 2007, David A. Kirshbaum, of the Israel Law Resource Center, published a report titled “Israeli Apartheid – A Basic Legal Perspective,” meticulously detailing the many ways in which—according to its very own laws, not just the ways in which they are implemented—Israel is an apartheid state.

There are myriad examples of this apartheid in practice. In perhaps the most recent instance, Israeli Defense Minister Moshe Ya’alon officially banned Palestinians from traveling on Israeli-run public transportation. In 2012, renowned Israeli journalist Gideon Levy published the results of a scholarly statistical study in Israel’s most prominent newspaper, Haaretz. The poll “exposes anti-Arab, ultra-nationalist views espoused by a majority of Israeli Jews,” noting that 49% of Israeli Jews explicitly want their government to treat Jewish citizens better than Arab ones. It found that 69% would object to giving 2.5 million Palestinians the right to vote if Israel were to annex the West Bank and that 74% are in favor of separate roads for Israelis and Palestinians. Even in this hyper-nationalist and jingoist society, 58% of Israeli Jews admit their government practices apartheid against Arabs.

In the US, denial of this reality runs deep. In April 2014, Secretary of State John Kerry—while obsequiously acquiescing to most of Israel’s demands and happily supporting most of Israel’s illegal actions, including expansions of Jewish-only settlements the UN has continuously insisted are illegal—warned that Israel risks becoming “an apartheid state” as if it weren’t already one. He quickly recanted his statement, after the media chewed him up and spit him out. In the US political establishment, one cannot dare utter such a comparison, because one cannot dare criticize Israel. The truth tends to be rather controversial.

Part of this refusal to acknowledge Israel as an apartheid state is rooted in an ignorance of the definition of the term apartheid. Some try to argue apartheid refers only to a specific form of institutionalized racism, one in which a minority population rules over a majority—as was the case in South Africa. In terms of international law, they are mistaken. Apartheid is a more general concept.