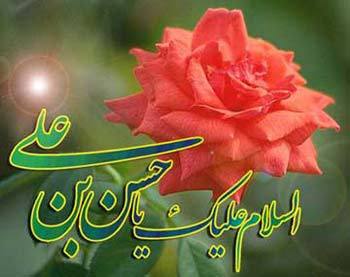 He was the first child of Fatimah (s.a.). He was born in Ramadan, in the second or the third year of hijra.

When the Prophet (S) was informed about this blessed newborn child, he was very pleased and delighted. He hurried to Fatimah’s house to congratulate her. Arriving in the house, the Prophet said to Asma’, ‘bring me my son!’

Asma’ brought Imam al-Hasan wrapped in a yellow piece of cloth. The Prophet took him, joined him to his chest, kissed him in the mouth, fed him with his saliva, raised his (the Prophet) hands towards the heaven and said, ‘O Allah, I ask You to protect him and his posterity from cursed Satan.’

Then the Prophet (S) recited the azan in the right ear of his blessed newborn child and the eqama in his left ear. This child of prophethood received the world of existence with the highest psalm; it was “Allahu Akbar; Allah is Great, and la illaha illallah; there is no god but Allah.”
The Prophet (S) asked Imam Ali (a.s.), ‘Have you named this blessed child?’
Imam Ali (a.s.) replied, ‘I would not precede you, O messenger of Allah.’
The Prophet (S) said, ‘And I would not precede my Lord.’

Seven days after the birth of the Prophet’s grandchild, the Prophet came to his daughter’s house to endow his grandson with some honor. He slaughtered a ram as a sacrifice for him. It was the aqiqah that has become a tradition since then until now. Then he cut the hair of his grandson with his holy hands and gave silver, inasmuch as the weight of the hair, to the poor. Then he surnamed him (gave him a kunyah) as Abu Muhammad.8 Imam al-Hasan (a.s.) had no kunyah other than this one.

The Prophet (S) declared his love to Imam al-Hasan (a.s.) and praised him in many traditions. The following are some of them:

4. The Prophet (S) said, ‘Let him, who likes to look at the sire of the youth of the Paradise, look at al-Hasan.’
5. The Prophet (S) said, ‘Al-Hasan is my pleasure in this world.’
6. Anas bin Malik narrated, ‘One day, al-Hasan came in to the Prophet (S). I wanted to take him away from him, but the Prophet (S) said, ‘Stop that! Let alone my son and the fruit of my heart! Whoever harms this one will harm me, and whoever harms me will harm Allah.’
7. Once the Prophet (S) offered the Maghrib (or Isha’) Prayer and prolonged the prostration. After finishing the prayer, People asked him why he did so and he said, ‘My son (al-Hasan) rode on me and I hated to send him down soon.’
8. Abdullah bin Abdurrahman bin az-Zubayr said, ‘The most similar and most beloved one to the Prophet was al-Hasan. I saw the Prophet prostrating (in prayer) and al-Hasan got up over his neck (or back). The Prophet did not send him down until he himself got down. Once I saw him, while bowing (in prayer), open his legs for him (al-Hasan) so that he could pass to the other side.’

The Prophet (S) brought up and educated his grandson Imam al-Hasan (a.s.) and fed him with his own ideals. The other educator of Imam al-Hasan (a.s.) was his father Imam Ali (a.s.) who was the best educator in the world of Islam after the Prophet (S). He also fed in his son his high ideals and morals. His mother Fatimah (s.a.) too, educated him with the loyal faith and the deep love to Allah the Almighty. Therefore, he was a copy to these three great, infallible persons.

Fatimah (s.a.) often sent al-Hasan and al-Husayn, peace be on them, to the meeting of their grandfather the messenger of Allah (S) to learn his traditions and moralities. When they came back home, she asked them about what knowledge and wisdom they got in the meeting of their grandfather (a.s.). Al-Hasan, who was seven years old, listened to the revelation in his grandfather’s meeting and memorized it. Then he came to his mother Fatimah (s.a.) to recite it before her. When Imam Ali (a.s.) came to her, he found that she had known about the revelation that had at once been revealed to the Prophet (S). When he asked her about it, she replied that it was from her son al-Hasan (a.s.).

Once Imam Ali (a.s.) hid himself in his room. Al-Hasan came to his mother to recite before her the revelation he had heard in his grandfather’s meeting. For a moment, he was tongue-tied, and his mother asked kindly, ‘What is the matter with you?’

He said, ‘Do not be astonished at what has happened to me, for there is a Great One that takes care of me.’

All high qualities were available in Imam Abu Muhammad al-Hasan (a.s.), and this naturally was because he had been fed with, his grandfather the Prophet (S) and his father Imam Ali’s virtues. The following stories show the high morals Imam al-Hasan (a.s.) had.

The man was astonished and could answer with nothing. He was confused before these high morals of Imam al-Hasan (a.s.). Then he said, ‘Allah knows best with whom to place His message.’

2. One day, Imam al-Hasan (a.s.) was sitting in some place and when he wanted to leave, a poor man came to him. He welcomed the poor man, humored him and said, ‘You sat just when we got up. Do you permit me to go?’

The poor man was astonished at such morality and permitted the imam to leave.

3. Once he passed by some poor men who had put some pieces of bread on the earth and were eating from them. They invited him to participate in their food and he responded. He sat down and began eating with them. He said, ‘Surely Allah does not love the proud.’ Then he invited them to his house. He gave them food, clothes and other things.