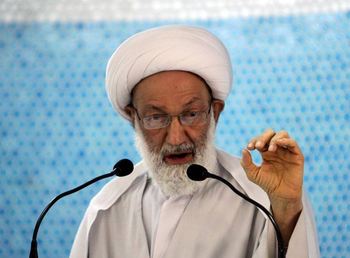 Bahrain has revoked the citizenship of the country’s most senior Shia cleric, Sheikh Isa Qassim, a move which could further complicate the social unrest in the tiny Persian Gulf Arab state.

“Isa Ahmed Qassim has been stripped of his Bahraini citizenship,” state news agency BNA said on Monday in a short message on its Twitter account.

The Bahrain Mirror, a website close to the Bahraini opposition, also said on Monday that authorities stripped Sheikh Qassim of citizenship claiming that he has been involved in spreading extremism.

Bahrain’s Interior Ministry said in a statement that Sheikh Qassim actively sought the “creation of a sectarian environment” through his connections with foreign powers. The ministry claimed that the cleric had misused his religious position to advance a political agenda and serve foreign interests.

Bahrain Forum for Human Rights has slammed the decision to strip Sheikh Qassim of his citizenship. The rights body has also called the measure arbitrary and against international laws.

Meanwhile, Bahraini people and clerics have held a protest rally in the village of Diraz near the capital Manama outside the cleric’s home, condemning regime’s crackdown on peaceful opposition figures.

Sheikh Qassim is Bahrain’s most respected Shia cleric and Shia Muslims give donations to him based on their religious principles.

Reports said the Bahraini government had issued a decree approving the move to revoke the citizenship of Sheikh Qassim.

The decision comes less than a week after the Bahraini Justice Ministry suspended all activities of al-Wefaq National Islamic Society, the main opposition group in the country.

Wefaq’s Secretary General Sheikh Ali Salman has been in prison since December 2014.

Bahrain, a close ally of the US in the Persian Gulf region, has seen a wave of anti-government protests since mid-February 2011. The tiny sheikdom’s heavy-handed crackdown on peaceful demonstrations with the help of Saudi Arabia has left dozens of people dead and hundreds more injured.