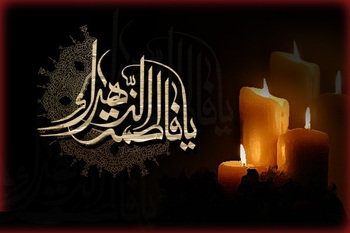 Perhaps those not familiar with Shiite beliefs may question the purpose of commemorating the tragic past events, thinking remembering these sad events will only cause further disunity within Muslim communities.

In reply to this uncertainty, we must say that if the events we commemorate are merely for historic purposes, then mourning over them are not only unnecessary, but also utterly useless. However, what if remembering these events closely relate to religious beliefs? What if these events actually had an impact in shaping people’s beliefs:
beliefs that directly influenced their lives in both this world and the hereafter? And upon this we conclude that in fact it is obligatory on every truth-seeking and religious person to investigate the histories of the two schools of thought in Islam. Each school of thought introduced itself as religious references for the nation through either the concept of caliphate or Imamat. In this regards, the Holy Quran says:

” …Is He then Who guides to the truth more worthy to be followed, or he who himself does not go aright unless he is guided? What then is the matter with you; how do you judge? (1)”

In a Hadith frequently narrated by Shia and Sunni sources, Prophet Muhammad (S.A.W.) has said: “Fatimah is the master of all the women of the worlds” (5). And regarding her proximity towards Allah (SWT), he has said: “O Fatimah! Verily Allah becomes wrathful for your anger, and is pleased at your pleasure” (6). His love for Hadrat Fatimah (A.S.) was so much that he would repeatedly say: “Fatimah is a piece of my flesh” (7).

Other sources have also introduced a fuller version of the previous Hadith, adding that: “She is the flesh of me which is in my chest, the light of my eyes, and the fruit of my heart” (8). Moreover, he had specifically ordered people to respect Hadrat Fatimah (A.S.) and he presented this order through his behavior (9), sayings, and titles (10) he attributed to Lady Fatimah (A.S.).

Scholars and historians unanimously agree that love towards Hadrat Fatimah (A.S.) is of the most obvious and practical ways in expressing love for the Ahl al-Bayt (A.S.). In the commentary of verse 23 in chapter 42 of the Holy Quran (11), both Sunni and Shia interpreters have induced that the term family (Aal) in this verse refers to Hadrat Fatimah (A.S.) as one of its members (12).

Considering the above statements, to some the thought of Hadrat Fatimah (A.S.) being oppressed by the governors after the death of the Messenger of Allah (S.A.W.) may seem as a total misconception. Yet, the facts can be easily found in authentic history books, authored by Shia and Sunni historians, which narrate the incidents after the death of the Prophet (S.A.W.).

These recordings clearly indicate how Hadrat Fatimah (A.S.) would express her constant state of suffering from the oppressions induced upon her by the governors after the death of the Prophet (S.A.W): “I suffered so many tragedies that if they had hit bright days, they would have turned into dark nights”. In another incident when Umm-Salama asked for her health, Lady Fatimah (A.S.) clearly complained about the absence of the Prophet (S.A.W.) and the oppressions placed upon his rightful successor; and she named hypocrisy in religion and avenging the victories of Imam Ali (A.S.) as causes for these incidents (13). A brief look at her fiery and doleful sermon in the mosque, in the presence of the Muhajirin and Ansar, clarifies how she condemns the deviations made by the ruler of the government.

And finally, upon seeing the indifference of people toward the oppressions of the government and toward the deviations made in Islam, as a sign of objection she asked Imam Ali (A.S.) to perform her burial ceremony in secret, and for her grave to be hidden from the public (14). Indeed this was an awakening call for people to ask:
“Why despite all the commandments and recommendations made about her, did the life of the only daughter of Prophet Muhammad (S.A.W.) end in such a manner?” (15)