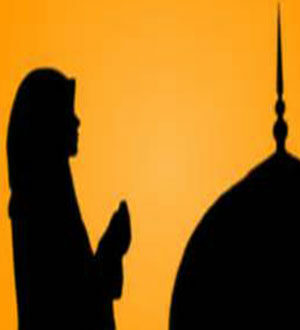 Visitation on to the Graves of Ahl al-Bayt (A.S.)

Visiting the graves of Ahl al-Bayt from near and far distance,especially enduring hardships on this way, has been recommended to the believers; an act which will have great reward.
On visiting the Holy Shrine of the Holy Prophet, it has been related:
If people abandon visiting the grave of the Holy Prophet, Muslim leaders have the duty to encourage them to do so, for abandoning visitation to his holy shrine is unkindness to him, which is unlawful to Muslims.56

Quoting Imam al-Sadiq, Sheikh Saduq has reported:
Whoever performs Hajj rites must complete it with paying visit to us, for to visit our graves makes Hajj perfect.57
Imam Ali (a.s.) is reported as saying:
Make your Hajj rites perfect by visiting the Holy Prophet’s grave, for to abandon that would be an unkind act and against courtesy. You have been enjoined to perform this visitation. Also visit the graves, which Allah has made obligatory and seek your sustenance beside those graves.58
Quoting his grandfather, Yazid ibn Abd al-Malik has reported: One day I went to the presence of Lady Fatimah. She greeted me and asked, “What have you come here for?” I said, “Seeking blessings and reward.” Lady Fatimah said (a.s.), “My father told me that whoever salutes him and me for three days, Allah will make Paradise obligatory to him.” I asked, “During his and your life?” She said, “Yes, and also after our death.”59
Imam al-Sadiq is reported as saying:
Whoever visits my grave; his sins will be forgiven and will not die as poor or distressed.60
Imam Askari has said:
Whoever visits the tombs of Imam al-Sadiq and Imam al-Baqir will not have defect in his eye, will not be diseased, and will not die afflicted.61
The Holy Prophet has said:
Whoever visits Imam Hasan in Baqi Cemetery, his foot will remain steadfast on the Sirat when his other feet will slip.62
Imam al-Baqir (a.s.) is reported by Muhammad ibn Muslim as saying:
Enjoin our followers to visit the grave of Imam Husayn, for visiting his grave is incumbent upon every believer who admits his Imamate.63
Imam al-Sadiq (a.s.) is reported as saying:
Whoever visits the grave of Imam Husayn for the sake of Allah and in His way will be set free from hellfire, spared on the Day of the Greater Lamentation, and Allah will grant him whatever his needs are in this world and the hereafter.64
Imam al-Sadiq (a.s.) has also said:
Whoever does not visit the grave of Imam Husayn before his death, his faith is not perfect. Even if he enters Paradise, his rank will be lower than that of other believers.65
Imam al-Ridha (a.s.) has said:
Whoever visits the grave of Husayn at the bank of the Euphrates is like the one who has visited Allah on His Throne.66
How to Thank the Blessing of Ahl al-Bayt (A.S.)
In the Holy Quran, all human beings have been asked to offer thanks for all material and spiritual blessings that Allah has given to them and to avoid being ungrateful to these blessings. Based on narrations related by Ahl al-Bayt, offering thanks means to avoid using these blessings where Allah is not pleased and that blessings must be used in the same way that Allah has ordered.
There are two Quranic verses, which make offering thanks obligatory on human beings:
And we have enjoined man in respect of his parents – his mother bears him with faintings upon faintings and his weaning takes two years, saying: Be grateful to Me and to both your parents; to Me is the eventual coming. And if they contend with you that you should associate with Me what you have no knowledge of, do not obey them, and keep company with them in this world kindly, and follow the way of him who turns to Me, then to me is your return, then will I inform you of what you did. (31:14-15)
These Holy verses address all human beings, man and woman, young and old, scholar and layman. The part, which reads,
“Be grateful to Me and to both parents” –
is in imperative form that has to be complied with. Beyond doubt, disobeying such command is a grave sin for which Allah has promised a certain torment.
In this Holy verse, Allah has not provided any condition for being grateful to one’s parents. In this relation, Imam al-Sadiq is reported as saying: A man came to the Holy Prophet saying, “O Allah’s Messenger! Enjoin me.” The Holy Prophet said:
Do not associate anything with Allah and even if they burn or torment you as regards monotheism, endure it while you heart is sure of your faith; be kind to your parents both when they are living or dead and even if they asked you to give up your family and wealth, do so, for acceptance of this shows your faith.67
Out of the four persons of fighting in the battlefield, Miqdad said to the Holy Prophet, “My father is in the front against us: he has entered battle against you; would you give me permission to attack and kill him?” The Holy Prophet replied, “Let someone else do it, for if you kill your father in the way of Allah, your life will become short!”
Thanking the Blessing of Ahl al-Bayt (A.S.)
When the position of parents – whether they be Jews, Christians, Zoroastrians, or laic – is so high, how much higher will be the position of Ahl al-Bayt who have a right of Imamate, loyalty and educational leadership on all human beings? They are Noah’s Ark in this world and the hereafter and obedience to them will guarantee a man’s happiness and prosperity.
To give Ahl al-Bayt’s their due right is to get to know them, to love them, to consider them as Noah’s Ark, and to obey their commands in all aspects of life. This is the way to offer our thanks for the blessing of Ahl al-Bayt.
Notes:
56. Wasail al-Shia: 24/11, H. 14149
57. Uyun Akhbar al-Ridha: 262/2, H. 28
58. Tahdhib al-Ahkam: 9/9, Chapter: 3, H. 11
59. Al-Muqniah: 474, Chapter: 20
60. Al-Muqniah: 474, Chapter: 20
61. Tahdhib al-Ahkam: 78/6
62. Bihar al-Anwar: 141/97, Chapter: 1, H. 14
63. Kamil al-Ziyarat: 121
64. Kamil al-Ziyarat; 145, Capter 57, H. 7.
65. Kamil al-Ziyarat: 193, Capter: 57, H. 2
66. Thawab al-Amal wa-Iqab al-Amal: 85
67. Al-Kafi, 158/2, H. 2

Share
Previous The Holy Ahlul-Bayt (A.S.); Ethical Role-Models
Next About the Knowledge of the Holy Imams (A.S.)