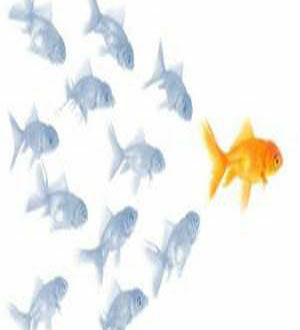 Way of influencing on the hearts

What we shall do for our advices to be influential on the heart of others?

One of the branches of social morality is the section that its objective or at least result is influencing on the others and attracting their confidence. This branch of social morality, which is actually very extensive and full of mental elegance, is particularly necessary for the “intellectual leaders” and “missioners”. Otherwise they can never achieve their ideal educational objectives through their special reformative endeavours, and they may be defeated in their attempts.
It is frequently observed that virtuous and learned people have spent their life in seclusion for unfamiliarity with this part of social morality, and neither people have succeeded to enjoy their thoughts and sciences, nor they have achieved success in the society worthily.

In contrast, there are some people with low knowledge who have found positions higher than their real competence in the society as a result of familiarity with and observing these principles.
Not paying attention to these realities causes that sometimes they impute failure in the social attempts and endeavours to delusive factors such as chance and accidents, and in fact if we interpret chance as “familiarity with these principles”, it will be closer to the reality.
Anyhow, some points are noteworthy herein:
1- Since man has an inseparable relation with the society, he should be aware of the correct principles for influencing on the others so that he can draw their attention for cooperation with himself as the final aim of social life.
Most people are the same in this part and even superior individuals of the society are not needless of it, and will face with great problems in case of not caring and observing such principles. But those who have undertaken the leadership of a small or great society in any way, feel need to this part more sensibly, and spiritual leaders and religious missioners who should penetrate into the angles and depth of spirit and soul of people, are more needy to it than the others.
Thus, we conclude that this part of social morality has completely a public aspect, not a classical one or special to a certain group.
2- The important issue, which is remarkable herein, is that if we suppose that the way of influencing on the thoughts of others is only through familiarity with strong and undeniable arguments in any subject and or analyzing advantages and disadvantages of the said affairs, we are strictly wrong. Because whatever the argument may be strong, it only deals with “conscious” part of man’s spirit, while the major part of spirit is “unconscious” or “semiconscious” stage that influencing on them is not possible only through argument. 1
Even the argumentative methods will be often effective adequately if they are induced considering these principles. On the other hand, the required intimacy between a leader and individuals is never achieved through satiation of their intellect and thought. Rather, the leaders should mobilize their affections towards their own objectives to obtain necessary relation for leadership.
3- Using discussions for employing the others for our own personal interests and plundering their powers through penetration into their thought is certainly condemned as a clear sample of exploitation. But if it is performed for coordinating powers in the way of a high social objective and or reforming and educating an individual, it is appreciated as one of the primary conditions of a proper leadership.
4- First of all, for influencing the others, awareness and familiarity with the principles of psychology, psychoanalysis and entry to the angles of man’s spirit in general, and the spirit of the person in question in particular are essential. Some people having particular talents are inherently familiar more or less with these principles, and some others have gradually become familiar with it due to need and experience. But a lot of people have to learn and apply these principles as a lesson.
5- It should not be misunderstood. Only familiarity with the ways of influencing and penetrating in the others is not sufficient. There are a lot of people who have sufficient awareness in this respect scientifically, but cannot employ them properly and appropriately. Employing these principles needs adequate exercise and readiness. That is to say they should be turned into a “moral habit” for having a satisfactory outcome.
6- It is well induced from studying biography of great divine prophets, specially Islam’s Prophet (S) and the Imams of right guidance that they applied most of these principles for realization of their missionary and educative objectives, and they were good exemplars for this part of excellent social ethics.
Their attitude with people was so good that attracted them rapidly towards themselves and their high instructions. Some desire to assume a miraculous aspect for all of these affairs, while it is not correct. If we too follow their practice and procedure in encountering with the others, we can quickly influence on them and penetrate into the depth of their spirit.
Qur’an says about Islam’s Prophet (S):
Say: He is only a hearer. Say: A hearer of good for you… (9:61)
And somewhere else it says:
It was by the mercy of Allah that thou wast lenient with them (O Muhammad), for if thou hadst been stern and fierce of heart they would have dispersed from round about thee.(3:159)
And again it says:
There hath come unto you a messenger, (one) of yourselves, unto whom aught that ye are overburdened is grievous, full of concern for you, for the believers full of pity, merciful. (9:128)
If God will, we will later see that being “ear” (credulous), that is respecting the speeches of others and not expressing mistrust on them unduly, and also showing mildness, amenity, kindness and sympathy to the others, and assuming their problems as one’s own problems, has a profound effect in influencing on the thoughts of others.
As we read in the biography of Prophet (S): “He always preceded in saying Salam (hello), and if someone detained him for a work, he waited until he was given up, and when someone shook hands with him, he did not leave him until the other party took action for disporting, he called even the children with their nicknames (the best names with Arabs), and he never sat among his companions so that he would have an excellence over the others …”2
The effect of each of these moral affairs in impressing upon the others will be clarified in the next discussions.
7- It goes without saying that in this discussion, like all social and objective discussions, one shall never utilize improper means and ways for achieving to the goal that is influencing on the others. Therefore, only the way which is correct by itself, and also utilized for achievement to a correct purpose should be presented.