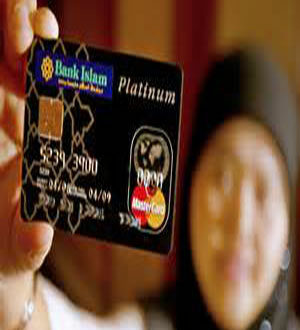 Introduction
It is sometimes said that “business ethics” is an oxymoron. How can one do business and still be an ethical person? Isn’t business all about self-interest, greed and making exuberant profits?
Yes, it is true that the physical, earthly dimension of a human is based on two main characteristics: greed and anger. The former attracts whatever it perceives to be beneficial and the latter repels whatever it perceives to be harmful.
But the spiritual, heavenly dimension consists of mind and conscience which have the potential of controlling the elements of greed and anger. One whose spiritual powers control the physical powers is indeed an ethical person; and one who lives life only by the elements of anger and greed has not actualized the potential of soaring from the worldly level to the heavenly level.

Adding the adjective “Islamic” to “business ethics” might surprise some. But one has to realize that Islam is more than just a religion in the spiritual sense of the word; it is a way of life. Even the secular aspects of life are greatly influenced by spiritual values.
There is no difference between the sphere of worship and the sphere of business; Islamic laws govern the family life of Muslims well as their social conduct.
******
The foundation of Islamic business ethics depends on delineating the purpose of human life. When Adam and Eve as well as the Satan were sent down to the earth, Almighty God declared:
“All of you get down from the Garden to the earth, some of you being the enemies of the others, and there is on the earth your abode and the necessities of life for a fixed period of time.” (The Qur’an 2:36)
“All of you get down from the Garden. Once you are on the earth, the guidance will certainly come to you from Me, and then whoever follows My guidance there will be no fear for them nor shall they grieve. But those who do not follow My guidance, who disbelieve and reject Our revelation, they are the inmates of the Fire, in it they shall abide”. (2:38-39)
The Quran further tells us that this earth and its surrounding atmosphere have the resources for us to sustain our lives on it:
“Allah is he who created the heavens and the earth, and send down the water from the sky with which He brought forth fruits as sustenance for you. He made the ships subservient to you so that they may flow in the sea with His command. He (also) made the rivers subservient to you, and He made the sun and the moon-which are persistent (upon their course) –subservient to you, and He made the night and the day subservient to you. (In short), He gave you all that you asked Him. If you count Allah’s blessings, (they are so many that) you will never be able to number them – (but still) the human is very unjust (and) very ungrateful!” (14: 32-34)
These verses clearly state the followings:
• This earth is our abode.
• This earth and its surrounding atmosphere have the resources to sustain our lives on it.
• Divine guidance will come to us and we are expected to follow it.
• Satan is our enemy and will try his best to misguide us.
• The life on this earth is for a fixed time only.
• The hereafter is the final destination. Whether the final destination will be blissful or painful depends on whether or not we follow the divine guidance.
So a human being is a creation of God, a citizen of this earth, surviving by wisely using its natural resources alone or with the, cooperation of fellow humans. Human interaction may be pictured as following:
As a creation of God, a human being is expected to obey the Divine commandments in relation to the self, to fellow humans, and also towards the earth. We cannot forget the satanic temptations that overwhelm many people.
This three way interaction defines the perimeter of Islamic ethics in the business sphere. The guiding principles in these interactions are:
1. Obeying the Divine commandments. (2:38 above)
2. Dealing with others on the basis of justice and fairness. “O you who believe! Be upright for the sake of Allah, in testifying for fairness: and do not let the hatred of a people urge you to be unjust, be just (since) that is closer to piety. Fear (from displeasing) Allah, verily Allah is Aware of what you do.” (5:8)
3. Being moderate in one’s personal life and in the use of natural resources. “O you who believe! Neither forbid the (use of) good (things) that Allah has allowed for you nor exceed the limits because Allah does not love those who exceed the limits.” (5:87)
1. This World and the Hereafter
A. The Relationship
In the Islamic worldview, God has created human beings with a specific purpose: to attain the highest level of perfection in order to have a blissful life in the hereafter. The process of attaining perfection is to be done in this world by willingly submitting ourselves to God.
The relationship between this world and human beings can be clearly and simply put as the following:
• The world has been created for humans; it is only here that a person can attain the levels of perfection.
• Humans have been created for God: it is here that they have to submit by their own choice to the commandments of God.
In a hadith qudsi, God says: “I have created all things for you, but you I have created for Myself.”1 In the Quran, God says:
“And the earth- We have spread it forth and made in it firm mountains and cause it to grow in it of every suitable thing. And We made in it means of subsistence for you and persons for whom you are not the sustainers.” (The Qur’an, 15:19-20)
Muslims have to maintain a balance between their outlook towards this world and the hereafter. They cannot exclusively bind themselves to one without the other; neither is the world to be forsaken for the hereafter nor the hereafter for this world. A Muslim uses this world for the hereafter; or, to put it in a stronger form, one cannot prepare for the hereafter without this world.
*****

Pages: 1 2 3
Share
Previous Has Khums Been Forgiven during the Occultation of Imam Zaman (A.S.)?
Next Khums, One of Important Islamic Financial Resources