They ask: “Hasn’t Khums been forgiven during the absence of Imam Zaman (a.s.) from his holiness to Shiites and still have people the duty to pay Khums to Bayt Al-Mal in order to spend in necessary ways of consumption? While several cabbalas say that: “Imams of Ahlul Bayt has forgiven Khums”. Therefore if we accept that Khums is obligatory on all kinds of income, then we should also accept that Khums is forgiven during the absence time!
***
The answer to this question is available almost in all of Fiqh books and those who assume that this question is a new question or they are the only persons who have seen the Ahadith of Tahlil (to make Halaal) are hardly mistaking.
A glimpse to Fiqh books especially the books which recent Faqihs have wrote shows that this matter had been completely in the area of attention of Faqihs and they had answered to that.

We consider it necessary to explain this issue completely for respected readers in order to give more description.
Cabbalas which have caused this hallucination consist in five groups:
First, are cabbalas which have been said about the spoils of war and captives of war and women who were among slaves and had been taken as servants by people and those people married them and had children with those women.
We know that if Jihad had not been performed by the permission of Imam, then all of spoils which are taken are for Bayt Al-Mal and should be spent by the permission of Imam and if jihad had been performed by the permission of Imam then Khums applies on them and in case of not paying the Khums, using them is Haraam.
Therefore, female servants who had taken by people as spoils and their Khums had not been paid were Haraam to their owners and they didn’t have the right to treat those women as their wives.
Therefore, if you notice this ruling then understand that children who are born from these women are illegitimate, therefore Imams of Ahlul Bayt have forgiven this part of Khums which is related to those women in order that their children born legitimately.1
According to this short preface, we mention this group of cabbalas in continue:
1- We read in cabbala of “Zurays Kunasi” that Imam Sadiq (a.s.) said: “Do you know that from where adultery entered among (some of) people? I said no. He said: From the Khums of us Ahlul Bayt, except our pure Shiites which is Halaal for them and also it is Halaal for their birth”.2
2- Muhammad ibn Muslim quotes from Imam Baqir (a.s.) or Imam Sadiq (a.s.) that he said: “The most severe thing which people are involved with in the day of judgment is that the owner of Khums stands and says My God! (Usurped) My Khums but we made it Halaal for our Shiites in order that their birth to be pure and their children born pure.3
3- Fazil (Ibn Yassar) quoted from Imam Sadiq (a.s.) that he said: “A person who feel our love in his hearth thanks Allah for his first gift. I said: What is the first gift of Allah your holiness? He said: It is the purity of birth (and sperm).
Then he said: Amir Al-Mu’mineen (a.s.) told Fatima (a.s.) that make your share from spoils Halaal for the fathers of our Shiites in order to make them pure.
Then Imam Sadiq (a.s.) said: We made mothers of our Shiites Halaal for their fathers in order that they become pure (and their children to be Halaal children)”.4 And Also Ahadith 15, 16, 18 and 20 from chapter 4 of chapters of Anfal and Hadith 8 from chapter 8 of chapters “What Khums is obligatory in it”.
These eight Ahadith has been expressed clearly about the issue of female servants and we know that according to affirmation of Faqihs they are excluded from Khums but obstinate and less-literate people have wanted to make them as a prove for Tahlil (to make Halaal) of Khums in absolute way without noticing to content of them and noticing to explicit Fatwas of Faqihs, unaware that with a little attention to the content of these Ahadith their lie will be revealed.
***
Second, are Ahadith which proves the Tahlil of Khums in specific and certain time, because as we said before Prophet (S) and Imams (a.s.) as the governor of Islamic government had the right to forgive this Islamic tax in special conditions according to benefits of Muslims.
As it had necessitated to add some extraordinary taxes temporarily and limited in hard conditions, also this is one of the authorities of Islamic government to dispense with that temporarily according to the conditions of Muslims.
We mentioned some examples of these Ahadith in continue:
1- “Younos ibn Ya’qoob” quotes that I was with Imam Sadiq (a.s.) that a man entered and said your holiness, there are assets and benefits and merchandises that we gain and we know that you right is in them and we are guilty about this matter; Imam (a.s.) said: If we order you to pay these rights today this is unfair (it means that we forgive them to you because of strong pressure from government or living which is on you).5
2- Hakim (Ibn Eisa) quotes from Imam Sadiq (a.s.) that I asked what is the meaning of the verse “و اعلموا انما غنمتم”? He answered: “Any benefit which a human gains day by day; but my father forgave Shiites in order them to be pure”.
All of these Ahadith are related to exemption of a group of Muslims who were in special conditions from this Islamic tax plan and it is not the proof of general exemption at all.
The clear proof and strong evidence about this matter is that some of other Imams (a.s.) or Imam Baqir (a.s.) and Imam Sadiq (a.s.) had charged Shiites to pay that and take this Islamic tax from them seriously in conditions that they were capable of paying, and we mention some examples in continue:
1- “Muhammad ibn Zayd Tabari” quotes that one of merchants from Fars who were one of friends of Imam “Ali ibn Mousa Al-Reza (a.s.)” wrote a letter to his holiness and asked for the Tahlil (to make Halaal) of Khums, his holiness wrote him:
“In the name of Allah the compassionate the merciful, Allah is most granter and generous, he had made a prize for any good act and deprivation of prize for abstaining from good acts; there is no Halaal (free and permitted to use) asset unless Allah has made it Halaal (know that) Khums helps us to organize religious tasks and also tasks about our family and our Shiites, and we save our honor by that against tyrants.
Therefore, do not ignore paying of Khums …
Muslim is a person who is loyal to the divine oath and pledge, not in the way his tongue says that and his hearts denies”.6

Pages: 1 2 3 4
Share
Previous Has Khums Been Forgiven during the Occultation of Imam Zaman (A.S.)?
Next Islamic Business Ethics 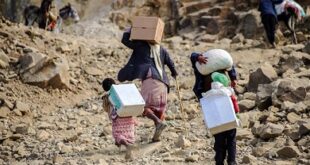