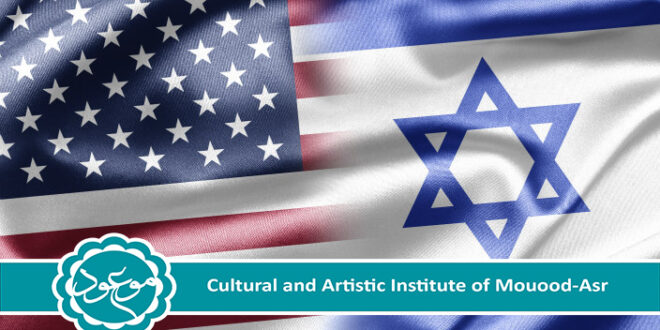 According to Mouood, quotes by Fars News Agency’s International Group, the Palestinian Center for Israeli Studies “Madar” answers the question of which is the most influential pro-Zionist lobby in the United States during a study examining the development of developments in the pro-Zionist lobbies in the United States. AIPAC, Zionist Christian Union for Israel or J Street?

According to Al-Arabi Al-Jadeed, at the beginning of the study, the following questions were asked: Which of Israel’s active lobbies in the United States has the most support for Israel, and will this change for the new generation of Americans? These questions had even occupied the mind of Israeli Prime Minister Naftali Bennett, who had traveled to Israel to repair relations between the United States and the Democratic Party.

According to the report, the American-Israeli Public Relations Committee (AIPAC) is the largest lobby used by American Jews to influence US public policy to protect Israel’s interests. During Benjamin Netanyahu’s presidency, AIPAC received sharp criticism from prominent Democratic voices such as Bernie Sanders and Senator Elizabeth Warren. Criticism of Netanyahu’s far-right plans and his blind alliances with Republicans, especially in the wake of the Donald Trump administration in the White House, has affected his position in the United States.

Focusing on the gaps in AIPAC’s relationship with the Democratic Party of America which leads the current US administration, due to Netanyahu’s policies over the past decade the Madar Think Tank presents a map of pro-Israel lobbies in the United States in 2021, and explains: AIPAC became the largest organized and pro-Israel lobby since its inception in the early 1950s, and has known itself spokesman of all Jewish groups in the United States, including politicians, organizations, and pressure groups, research and thinking centers, and students.

AIPAC is not a Jewish organization, but most of its members are from the American Jewish community, which are equipped with a network of relationships with hundreds of fundamental institutes, a large number of wealthy Jewish and non-Jewish donors. The lobby has about 100,000 members, 17 offices across the United States, and has great potential for attracting money and using it politically in the United States.

The best example of AIPAC’s influence on the top political elite in the United States is when it was able to collect the signatures of 464 members of Congress in 2011 to urge the United States to block somehow the UN vote to join Palestine as a full member.

The Zionist lobby that failed to maintain the mask of neutrality

AIPAC defines itself as an impartial lobby for its relations with Israeli governments as well as various US governments. In the case of Israel, the lobby is committed to unequivocally supporting it, regardless of its government agenda, whether left-wing, right-wing or coalition.

But in the case of the United States, AIPAC has for decades managed to present itself as a lobby that is a safe distance from the two main Democratic and Republican parties. Perhaps because the lobby is always cautious about not being affiliated with either side, and while supporting all of Israel’s policies, it is always advocating for a two-state solution, at least in its statements and not in action. Emphasizes. Because it does not want to displease Democratic members of Congress, who form an essential part of its relationship with the upper echelons of the American political elite.

According to the study, what happened during Netanyahu’s relatively long rule was that his far-right plans led to his hostility to the Democratic Party, as he ran a campaign in support of Trump, causing to withdraw AIPAC which supported every Israel administration regardless of its agenda.

When Joe Biden was former Vice President Barack Obama, Netanyahu led a fierce attack on the Obama-signed Iran nuclear deal, which included a right-wing Netanyahu campaign against all Democrats. AIPAC, which was committed to supporting Israeli policies, also helped Netanyahu along the way. This angered many Democrats, who saw it as a political supporter of Republican policy.

This has led to the perception in recent years among the American political elite that AIPAC has become a Jewish lobby aligned with the Likud party in Israel on the one hand and with Republicans and conservatives in the United States on the other. But now, with Netanyahu and Trump out of the political arena, AIPAC, along with Bennett, may be trying to bridge the gap.

Bennett who is said to be working to improve AIPAC’s relationship with the Democrats, especially during Biden’s administration, will not be disappointed. But AIPAC is no longer Israel’s first destination in a time of extreme right-wing change, populism and extremism taking on a conservative and religious form.

It is true that historically AIPAC has formed a Zionist Trojan horse in successive US governments and changed US domestic and foreign policies to serve Israel’s plans, but it is no longer the largest pro-Israel lobby inside the US” Madar said. Instead it has been replaced by the Christian Union, which has sprung up alongside AIPAC over the past decade and relies heavily on evangelicals.

According to this study, evangelical Christianity, or Evangelism, as a religion that preaches the mission of Christ among the people, has incorporated a Zionist Christian current within it, especially in the United States. This considers the existence of Israel in 1948 and the return of the Jews to the “Promised Land” as the basic stages for the advent of Christ the Redeemer and the beginning of the apocalyptic period.

Accordingly, Zionist Christianity, which formed the “Christian Union for Israel,” is a supporter of Zionist building settlement and strongly supports settlement in the occupied West Bank and the reconstruction of the alleged “temple” in Jerusalem. In 2006, Zionist pastor John Heggie re-established the union, which first emerged in 1975, and made it the largest pro-Israel American lobby. In 2012, the Christian Union for Israel announced that it had surpassed one million members, so it is the largest pro-Israel lobby in the United States. Today, the union has about seven million members and, according to Netanyahu, is “Israel’s first friend in the United States.”

Unlike AIPAC which is a Jewish lobby, the Christian Union for Israel includes evangelicals, or followers of the Evangelical Church. According to Ron Dermer, a former Zionist ambassador to Washington who is a staunch supporter of Netanyahu, Tel Aviv should focus more on these evangelicals than on Jews who occasionally criticize Israel’s extremist and shameful international policies.

According to the report, the far-sighted Netanyahu used AIPAC on many occasions before being sidelined and left out as a second option. This is because AIPAC is a Jewish lobby and accounts for approximately one-eighth of the US electoral base. But Zionist Christians make up a quarter of the electorate. In addition, about 75 percent of AIPAC-affiliated American Jews vote for Democrats, while 80 percent of evangelicals vote for Republicans, which was noted by both Netanyahu and Trump. Zionist Christianity not only supports the policy of the Israeli government, but also plays a key role in transforming Israel from within by supporting the Zionist regime’s conservative civil society organizations and supporting institutions, think tanks, and settlements within Israel and the 1967 Occupied Territories.

Sheldon Adelson, owner of American casinos and an ally of evangelicals and a financier of new right-wing institutions in Israel, was one of the most important big investors in the United States and a generous donor to the Christian Union for Israel.

J. Street has also adopted a policy of loyalty to Israel, but believes that the protection of Israel and the defense of its security will be achieved through a two-state solution and an end to hostilities in the Middle East. The lobby opposes settlement in the West Bank and strongly rejects the “deal of the century”.

According to Madar think tank research, J Street is an emerging organization that has recently inspired many Jewish youth in the United States and may become home to a younger generation of evangelicals who have little interest in right-wing Israel today. However, the hypothesis that J-Street will replace the two aforementioned large lobbies and the biggest pro-Israel lobby is a weak and fragile hypothesis that cannot be invoked given the state of true extremism in the world and in Israel and the United States. 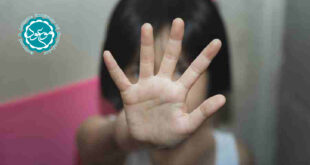