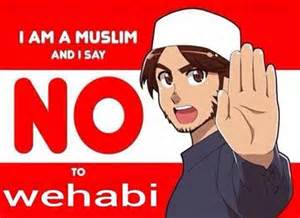 Chairperson,
Maulana Abul Kalam Azad Chair,
National University of Educational Planning and Administration,
New Delhi, India
It is ironical indeed that the Turkish regime today is implicated in propping up a terrorist group called the Islamic State (IS), which has vowed to spread Wahhabi Islam all over the world. The present Wahhabism, legitimated and empowered by the Saudi regime, has violent, almost criminal, origins in the 19th century. If we care to look into its beginnings, we won’t be surprised at its utter contempt for human life and everything else which doesn’t conform to its own narrow/sectarian agenda. Let me explain the irony first.

It was the Ottoman regime which bore the brunt of Wahhabi Islam soon after it became a force in the Central Arab region. The toxic combine of 18th century Islamic scholar Abdul Wahhab and the first monarch of Saudi Arabia Ibn Saud posed a challenge to the Ottoman rule. They also questioned the prevalent Islamic beliefs and practices. The Turks not only defended their power but also assiduously fought for the mystic Islam they had professed and supported all these years. The Ottomans fought and exiled the Wahhabis to the Arab deserts where they remained for almost a century. This Wahhabi bigotry was condemned by the Turks as criminal and unIslamic. The sad irony is that the current Turkish regime has joined the Wahhabi bandwagon, forgetting all about the Bektashis, Qadiris and other dervishes they had cherished all these centuries. The IS agenda today is merely an extension of the devious plan laid down by Abdul Wahhab almost 200 years ago. Let us look at this so-called puritan Islam proposed by the Wahhabis, its violent ‘othering’ of Muslims they disliked and the parallels with the present day IS terrorists.
Hate-filled agenda
Muhammad ibn Abdul Wahhab, the founder of Wahhabism, and his radical, exclusionist puritanism became deadlier when Ibn Saud decided to add its religious fervour to his banditry. (The latter was then no more than a minor leader amongst many of continually fighting and raiding Bedouin tribes in the desperately poor deserts of the Nejd.) Thus Abdul Wahhab, in collaboration with Ibn Saud, the founder of Saudi Arabia, laid down its sectarian and hate-filled agenda. He denounced his opponents and all Muslims unwilling to accept his views as idolaters and apostates, and abused the prophets, scholars, saints and other pious figures of the past. All those who did not adhere to his proposed version of Islam were to be killed; their wives and daughters violated. Shias, Sufis, and other Muslims whom he judged unorthodox were to be exterminated, and all other faiths to be humiliated or destroyed. With this awful doctrine, the foundation was laid for Islamic fundamentalism, leading ultimately to terrorism, vitiating the lives of not only Muslims but everyone else in the world.
Most of the so-called Islamic terrorist groups today are inspired by this devious political ideology. Saudi money and power has succeeded in mainstreaming this hate-filled conning of Islam as the true, puritan Islam, where any deviation is dubbed as unIslamic. Unfortunately, most Western writers on Islam took Wahhabi claims to represent reform against the alleged decadence of traditional Islam at face value. American journalist Stephen Schwartz says that the Wahhabi rejection of ostentatious spirituality is much the same as the Protestants detesting the veneration of saints in the Roman Church. Western observers have seen the movement as analogous with Christian Reformation. Sadly, they have failed to make a distinction between reform and bigotry.
IS and other terrorist groups today have taken the original Wahhabi perversion to even greater heights where they don’t even refer to their roots. The Saudi regime itself feels threatened by the monster their ideology helped create. They have publicly distanced themselves from IS terrorism and even used the chief cleric of Mecca to declare IS terrorism a heinous crime under sharia law. This is one consistent duplicity which the Saudis have pursued whenever they found themselves stuck in a tight spot.
However, the stark parallels between IS and its ilk and the Saudi-Wahhabi travesty are telling. If IS is detonating shrines, it is following the precedent set in the 1920s by the House of Saud with the Wahhabi-inspired demolition of 1,400-year-old tombs in the Jannat ul Baqi cemetery in Medina. Again, the hatred for the Shia Muslims is one of the core beliefs of the Wahhabis. The earliest destructions and killings they carried out were in Karbala in the early 19th century, which was followed by the looting and wrecking of the tomb of Hussain, the grandson of the Prophet. Whatever be the face, bile against the Shias has remained a constant throughout Wahhabi-Saudi history, which is being carried forward by its latest flag bearers, the IS and Al Qaeda.
Wahhabism’s reinvention
Why did hydra-headed Wahhabism become so menacingly active during the past few decades? One factor may be the Islamic Revolution of the 1970s in Iran, which was perceived as a threat by Wahhabism that had begun to look dated by then. It, therefore, had to reinvent itself to remain relevant. This reinvention had deadly manifestations such as the Boko Haram, the Al Shabab, the Al Qaeda, the Taliban and now the IS, and many others all over the world.
The Saudi and Qatari regimes seem to have realised that they have created a monster in ISIS, which is now a threat to their own peaceful existence. Though IS remains deeply Wahhabist, it is ultra radical and “could be seen essentially as a corrective movement to contemporary Wahhabism.” Today, a collective military action seems to be the only way to check the IS menace, but a lasting peace in the Islamic world is possible only if a battle is waged within Islam to change the mindset. Besides we need to look beyond the usual Islamophobic and Islamophilic perspectives.

Share
Previous ISIS and Ebola: 2 Contrived & Convenient Enemies for You to Fear
Next The Truth of the Holy Prophet (S.A.W.A.)