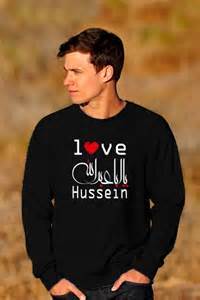 From Ismail to Husayn

We bid farewell to the old year by celebrating Prophet Ibrahim’s commitment to God displayed through his willingness to sacrifice his patient son, Prophet Ismail; we welcome the new year by commemorating the migration of Prophet Muhammad to Madinah, which marked the beginning of a period of enlightenment for civilization.
This is also the month where we remember the martyrdom of Prophet’s beloved grandson, Imaam Husayn.

WHO IS HUSAYN?
Husayn is the son of Fatimah, the daughter of the Prophet. The holy Prophet said of her, “she is among the leaders of the women of Paradise”.
The father of Husayn is Ali, who was a cousin and one of the most beloved and steadfast companions of the Prophet. Indeed, Ali is like the sun, Fatimah like the moon and Husayn a star in the galaxy of heroes.

Together with his brother Hasan, Husayn is considered among “leaders of the youth of Paradise”. We shall never forget how the Prophet descended from his pulpit to embrace and seat his grandson besides him before resuming his sermon, nor how he prolonged his prostration in order not to discomfort the other who had climbed on his back. The Prophet beseeched the Almighty; “O Allah, I love Hasan and Husayn, do love them and love those who love them”.

ASHURA
The tenth of Muharam marks a significant day in the Muslim calendar; it is the day on which, among other events, Allah saved Prophet Musa from the tyrannical Pharaoh. To commemorate this event the Prophet recommended we fast on this day; a fast considered second only to the obligatory fast of Ramadan.
Another a significant event occurred on that day in 61 AH, an event that serves as a milestone in the history of the faithful�the martyrdom if Imaam Husayn at Karbala. A martyrdom at the hands of those who claimed to act in the name of Islam yet unremorsefully and shamelessly were prepared to obliterate its true exponent; those who (like so many of us) are prepared to kill for Islam yet are unable to live by it. Imam Husayn was martyred at the hands of those who considered themselves followers of our beloved Prophet Muhammad  , and yet cut off the precious head of that dear grandson of the holy Prophet, a head which the Prophet so often stroked and kissed with affection.

THE LESSON OF KARBALA
Imam Husayn’s martyrdom at Karbala provides evidence of the moral victory of right over wrong, of virtue over vice, of principle over compromise, of the oppressed over the oppressor, of the denied over the denier; the ultimate victory of blood over sword. Karbala teaches humankind through the inscription of blood on the scrolls of human history how Husayn explained to the world by his death, through martyrdom, the meaning of life; that living is truly of value that offers itself for a cause greater than its self, that to die with honor is better than living in subjugation to injustice. The lesson is not only that he was prepared to fight for what is right, but that he was willing to die for it; selflessness, not selfishness; humility not ego.
The great spiritual master, Khaja Muinuddin Chisti said; “Husayn is king, truly the king is Husayn, the manifestation of Faith is Husayn and the protector of Faith is Husayn. Husayn gave his head in allegiance to God but not his hand in allegiance to Yazid..”

THE LEGACY OF HUSAYN
The memory of Husayn excites the spirit, the very name of Husayn evokes the tradition of resistance against tyranny and inequity. His colossal struggle and monumental martyrdom is so poignant that it continues to serve as a beacon of light to all the faithful who struggle for freedom and justice.
In the words of Moulana Ali Gouhar, “The killing of Husayn is in fact the death knell of Yazid. Islam is revived after every such Karbala”. For those consistently striving against injustice and oppression, EVERY DAY IS ASHURA AND EVERY PLACE IS KARBALA.