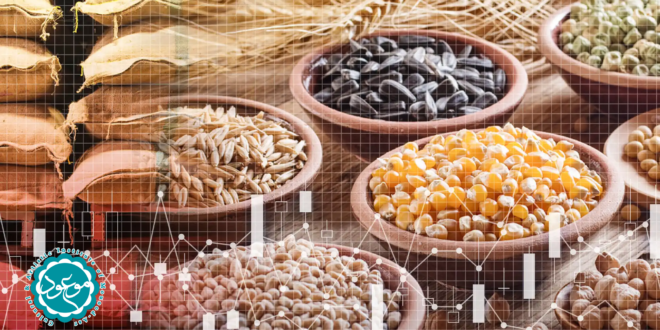 Less than 20% of the world’s population has managed to stockpile more than half of the globe’s maize and other grains, leading to steep price increases across the planet and dropping more countries into famine.

The hoarding is taking place in China.

COFCO Group, a major Chinese state-owned food processor, runs one of China’s largest food stockpiling bases, at the port of Dalian, in the northeastern part of the country. It stores beans and grains gathered from home and abroad in 310 huge silos. From there, the calories make their way throughout China via rail and sea.

China is maintaining its food stockpiles at a “historically high level,” Qin Yuyun, head of grain reserves at the National Food and Strategic Reserves Administration, told reporters in November. “Our wheat stockpiles can meet demand for one and a half years. There is no problem whatsoever about the supply of food.”

According to data from the U.S. Department of Agriculture, China is expected to have 69% of the globe’s maize reserves in the first half of crop year 2022, 60% of its rice and 51% of its wheat. 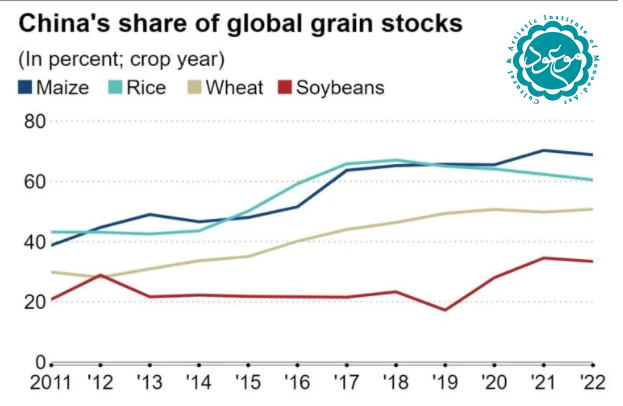 The projections represent increases of around 20 percentage points over the past 10 years, and the data clearly shows that China continues to hoard grain.

China spent $98.1 billion importing food (beverages are not included) in 2020, up 4.6 times from a decade earlier, according to the General Administration of Customs of China. In the January-September period of 2021, China imported more food than it had since at least 2016, which is as far back as comparable data goes.

Over the past five years, China’s soybean, maize and wheat imports soared two- to twelvefold on aggressive purchases from the U.S., Brazil and other supplier nations. Imports of beef, pork, dairy and fruit jumped two- to fivefold.

Food prices are on the rise around the world. The food price index, calculated by the U.N. Food and Agriculture Organization, in November stood about 30% higher than a year earlier. “Hoarding by China is one reason for rising prices,” said Akio Shibata, president of the Natural Resource Research Institute in Tochigi Prefecture, north of Tokyo.

China is importing more grain and other food because domestic production is unable to keep up with consumption. While demand for feedstuffs for pigs and other livestock is expanding on the back of economic growth, the number of consumers looking for high-quality overseas produce is also increasing. 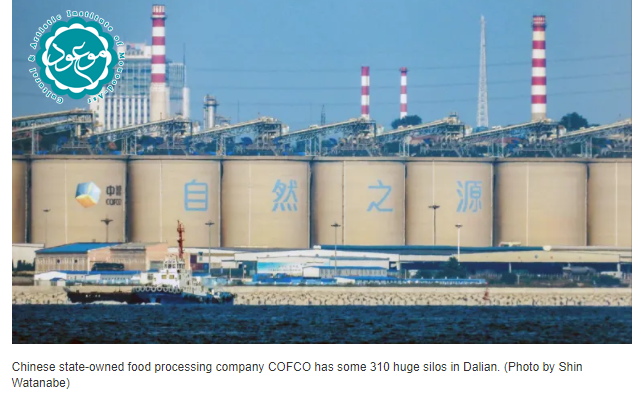 China’s production of wheat and other provisions as well as the amount of land used for agriculture plateaued in 2015. “Agricultural productivity in China is low due to the dispersion of farmland and soil contamination,” said Goro Takahashi, a professor emeritus at Aichi University and expert on Chinese agriculture. “The amount of agricultural production will continue to stall as farmers migrate to urban areas.”

Chinese President Xi Jinping keeps stressing the importance of food security. The National People’s Congress, China’s national legislature, in April adopted a food waste law that bans excessive leftovers. At the end of October, the Chinese Communist Party and the State Council instructed officials on how to reduce food waste.

And the NPC is not finished legislating on food security.

Chinese in their 50s and older experienced food shortages during the Cultural Revolution (1966 to 1976). “People of our generation remember hunger to a greater or lesser extent,” Xi once said, according to China’s state-run Xinhua News Agency. 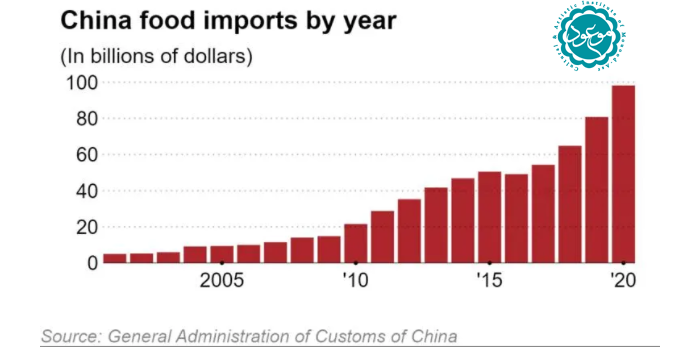 Throughout history, food shortages have triggered popular unrest. They served as a contributing factor to uprisings that toppled Chinese dynasties. And the world’s second largest economy now faces food uncertainties due to factors such as its deteriorating relations with the U.S. and Australia, which could drastically alter the import environment. In fact, this could be what is prodding China to boost its calorie reserves.

The number of people living in famine-struck regions topped 700 million in 2020, an increase of more than 100 million from five years earlier, according to the U.N.

“Although developed nations as a whole are responsible for famine,” Takahashi said, “China’s responsibility is heavier. China should contribute to resolving the maldistribution of food.”