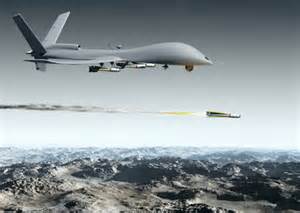 How Many Muslim Countries Has the U.S. Bombed Or Occupied Since 1980?

November 07, 2014, “The Intercept”- Barack Obama, in his post-election press conference yesterday, announced that he would seek an Authorization for Use of Military Force (AUMF) from the new Congress, one that would authorize Obama’s bombing campaign in Iraq and Syria—the one he began three months ago. If one were being generous, one could say that seeking congressional authorization for a war that commenced months ago is at least better than fighting a war even after Congress explicitly rejected its authorization, as Obama lawlessly did in the now-collapsed country of Libya.

When Obama began bombing targets inside Syria in September, I noted that it was the seventh predominantly Muslim country that had been bombed by the U.S. during his presidency (that did not count Obama’s bombing of the Muslim minority in the Philippines). I also previously noted that this new bombing campaign meant that Obama had become the fourth consecutive U.S. President to order bombs dropped on Iraq. Standing alone, those are both amazingly revealing facts. American violence is so ongoing and continuous that we barely notice it any more. Just this week, a U.S. drone launched a missile that killed 10 people in Yemen, and the dead were promptly labeled “suspected militants” (which actually just means they are“military-age males”); those killings received almost no discussion.
To get a full scope of American violence in the world, it is worth asking a broader question: how many countries in the Islamic world has the U.S. bombed or occupied since 1980? That answer was provided in a recent Washington Post op-ed by the military historian and former U.S. Army Col. Andrew Bacevich:
As America’s efforts to “degrade and ultimately destroy” Islamic State militants extent into Syria, Iraq War III has seamlessly morphed into Greater Middle East Battlefield XIV. That is, Syria has become at least the 14th country in the Islamic world that U.S. forces have invaded or occupied or bombed, and in which American soldiers have killed or been killed. And that’s just since 1980.
Let’s tick them off: Iran (1980, 1987-1988), Libya (1981, 1986, 1989, 2011), Lebanon (1983), Kuwait (1991), Iraq (1991-2011, 2014-), Somalia (1992-1993, 2007-), Bosnia (1995), Saudi Arabia (1991, 1996), Afghanistan (1998, 2001-), Sudan (1998), Kosovo (1999), Yemen (2000, 2002-), Pakistan (2004-) and now Syria. Whew.
Bacevich’s count excludes the bombing and occupation of still other predominantly Muslim countries by key U.S. allies such as Israel and Saudi Arabia, carried out with crucial American support. It excludes coups against democratically elected governments, torture, and imprisonment of people with no charges. It also, of course, excludes all the other bombing and invading and occupying that the U.S. has carried out during this time period in other parts of the world, including in Central America and the Caribbean, as well as various proxy wars in Africa.
There is an awful lot to be said about the factions in the west which devote huge amounts of their time and attention to preaching against the supreme primitiveness and violence of Muslims. There are no gay bars in Gaza, the obsessively anti-Islam polemicists proclaim—as though that (rather than levels of violence and aggression unleashed against the world) is the most important metric for judging a society. Reflecting their single-minded obsession with demonizing Muslims (at exactly the same time, coincidentally, their governments wage a never-ending war on Muslim countries and their societies marginalize Muslims), they notably neglect to note thriving gay communities in places like Beirut and Istanbul, or the lack of them in Christian Uganda. Employing the defining tactic of bigotry, they love to highlight the worst behavior of individual Muslims as a means of attributing it to the group as a whole, while ignoring (often expressly) the worst behavior of individual Jews and/or their own groups (they similarly cite the most extreme precepts of Islam while ignoring similarly extreme ones from Judaism). That’s because, as Rula Jebreal told Bill Maher last week, if these oh-so-brave rationality warriors said about Jews what they say about Muslims, they’d be fired.
But of all the various points to make about this group, this is always the most astounding: those same people, who love to denounce the violence of Islam as some sort of ultimate threat, live in countries whose governments unleash far more violence, bombing, invasions, and occupations than anyone else by far. That is just a fact.
Those who sit around in the U.S. or the U.K. endlessly inveighing against the evil of Islam, depicting it as the root of violence and evil (the “mother lode of bad ideas“), while spending very little time on their own societies’ addictions to violence and aggression, or their own religious and nationalistic drives, have reached the peak of self-blinding tribalism. They really are akin to having a neighbor down the street who constantly murders, steals and pillages, and then spends his spare time flamboyantly denouncing people who live thousands of miles away for their bad acts. Such a person would be regarded as pathologically self-deluded, a term that also describes those political and intellectual factions which replicate that behavior.
The sheer casualness with which Obama yesterday called for a new AUMF is reflective of how central, how commonplace, violence and militarism are in the U.S.’s imperial management of the world. That some citizens of that same country devote themselves primarily if not exclusively to denouncing the violence and savagery of others is a testament to how powerful and self-blinding tribalism is as a human drive.