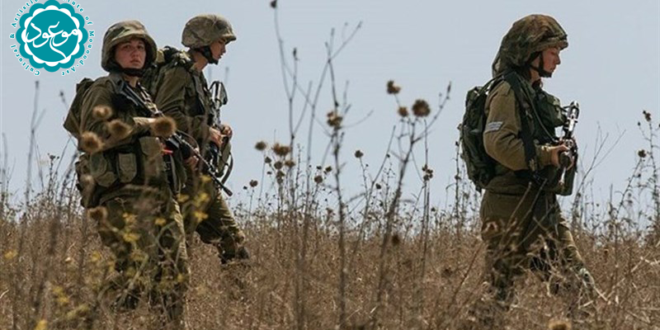 TEHRAN (Tasnim) – Following a deadly operation against Israeli settlers, the Tel Aviv regime has put its forces on “heightened alert”.
The operation marked the third Palestinian attack of such kind in a week in response to the Tel Aviv regime’s continued violence and expansion of its illegal settlement projects in Palestine.

On Tuesday evening, a motorcycle-riding gunman killed five Israeli settlers, including a police officer in the town of Bnei Brak east of Tel Aviv, before getting killed himself.

Tensions have risen between Israelis and Palestinians across the occupied West Bank and East al-Quds in recent weeks, as the Israeli regime and its settlers continued to steal more Palestinian lands, attack and arrest Palestinian protesters, desecrate their sanctities ahead of the holy month of Ramadan, and push forward with its incendiary normalization deals with a number of Arab countries.

Ten Palestinians have been killed by Israeli forces in the latest round of violence against the Palestinian people.

Four Israeli settlers were killed in a stabbing and ramming attack in Beersheba on March 22, and two officers were shot dead in Hadera on Sunday. The Tuesday attack brought the Israeli toll to eleven.

Palestinian resistance groups and their supporters have hailed the “heroic attacks” against the Israelis.

Another session is also planned for Wednesday afternoon for further discussions.

The Israeli police ordered officers onto heightened alert and the military said it would increase troop presence along the West Bank’s border areas with four additional battalions following the meeting. Another four battalions were deployed to the region after the attack in Hadera.

In Bnei Brak, Israeli settlers gathered where the incident occurred for a show of protest.

They also harassed Barlev as they sought to get closer to him, but the police managed to keep them away and pull him from the area.

Mayors of a number of cities announced they would shut down construction sites so as to keep Palestinian laborers out of the occupied territories.

Palestinian sources also reported that the Israeli forces have launched a massive arrest campaign against Palestinian workers in the Bnei Brak area.

Gantz’s office passed along a “stern message” to Palestinian Authority President Mahmoud Abbas urging him to condemn the attack or risk losing concessions to Palestinians, The Times of Israel quoted Israeli officials as saying.

Abbas later denounced the attack but warned against attempts by Israeli settlers and other sides to exploit the incident to carry out attacks against the Palestinian people.

Reacting to the developments, Palestinian resistance groups in Gaza as well as Lebanon’s Hezbollah praised the “heroic” operation and vowed to continue the struggle against the Israeli occupation.

In a statement, Palestinian resistance factions in Gaza said the struggle with the Israeli entity is “open-ended,” adding that the “Israeli machine of oppression and criminality” will never be able to undermine the Palestinian people’s determination to uphold the path of struggle and resistance as the sole option to liberate Palestine.

“The Palestinian people are deeply rooted in their own land despite the ethnic cleansing crime which the occupation is committing against them,” the factions said.

Hamas resistance movement, in a separate statement, lauded the “heroic” operation and said that responding to the crimes and terrorism of the occupying regime is “a legitimate right for all our people until the occupation is removed from our land.”

“We have repeatedly warned [Israel] of the consequences of escalating its violations and crimes, for our Palestinian people will not remain idly in front of it and will confront its terrorism by all means,” it said, adding that the struggle against the occupiers will continue until the liberation of Palestine.

The Palestinian Islamic Jihad hailed the attack, saying it was “in the framework of our heroes’ missions within the depth of the enemy.”

“The resistance to the occupation will continue with all the force,” it added.

Other Palestinian groups expressed similar sentiments, while the Lebanese resistance movement Hezbollah congratulated the Palestinian people and the heroes of resistance for making Israel “taste defeat and humiliation.”

The operation “proved that there is no safe place for the occupation’s settlers and soldiers on any spot of the pure soil of Palestine,” the Hezbollah statement read.

It added that the latest three operations affirm that the Palestinian people are “determined to defend themselves and liberate their land, and that a