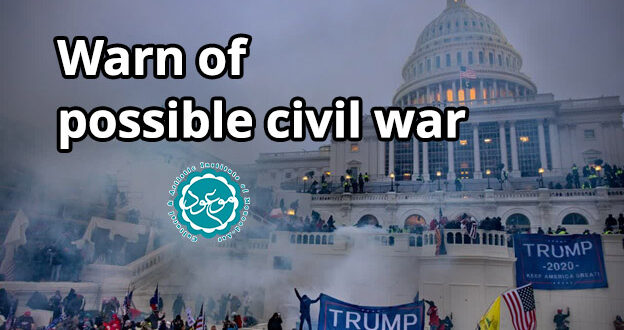 Warn of possible civil war aftermath of the 2024 presidential election

Several retired US generals wrote a note in the Washington Post about the aftermath of the 2024 presidential election and the possible turmoil in the US military. Referring to the diversity of beliefs and races in the military forces, the generals stressed that; the potential for military collapse, which reflects social or political collapse is real. In the January 6 attack on the US Congress, a significant number of veterans and active military members took part in the attack. The military says there is a possibility of a complete breakdown of the chain of command in another insurgency.