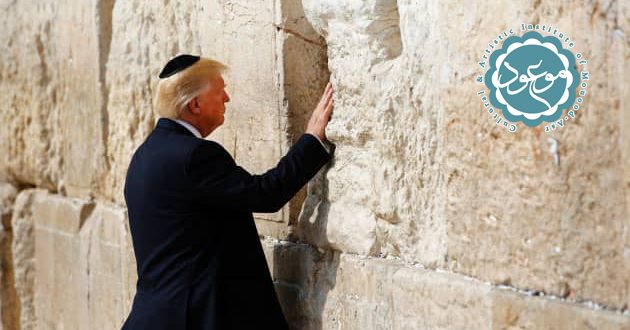 Over the years, President Trump’s rhetoric about Jewish Americans has resembled the Jewish American rhetoric he has decried from other politicians. (JM |Rieger/The Washington Post)

Trump’s comments to journalist Barak Ravid are included in an episode of the podcast “Unholy: Two Jews on the news” that debuted late Thursday.

Trump also blamed former president Barack Obama and President Biden for what Trump characterized as Israel’s loss of influence on Capitol Hill and lamented that Jewish Americans voted for the two Democrats in large numbers.

“It used to be that Israel had absolute power over Congress, and today I think it’s the exact opposite, and I think Obama and Biden did that,” Trump said. “And yet in the election, they still get a lot of votes from Jewish people, which tells you that the Jewish people, and I’ve said this for a long time, the Jewish people in the United States either don’t like Israel or don’t care about Israel.”

A survey conducted by the Pew Research Center during the final 14 months of the Trump administration found that 82 percent of Jewish Americans said caring about Israel is an essential or important part of what being Jewish means to them. Fifty-eight percent said they are emotionally attached to Israel.

In the interview played on the podcast, Trump also took aim at the Sulzberger family, which controls the governance of the company that publishes the New York Times.

The Sulzbergers are ethnically Jewish but not practicing; former chairman Arthur Ochs Sulzberger Jr. was raised as a Christian in his mother’s Episcopalian faith and later stopped

The line of thinking from Trump, who frequently touts his administration’s support of Israel, is not entirely new.

In 2019, during his presidency, critics accused Trump of playing to antisemitic tropes during a speech in Florida in which he said Jewish people in America “don’t love Israel enough.” On other occasions, he has accused Jewish Americans who vote for Democrats of being “disloyal” to Israel.

Before his arrival in the White House, Trump also raised eyebrows on numerous occasions for comments about Jewish Americans, including in 2005, when he described himself as being “in a very Jewish business.”

“The first person that congratulated [Biden] was Bibi Netanyahu, the man that I did more for than any other person I dealt with,” Trump was quoted as saying. 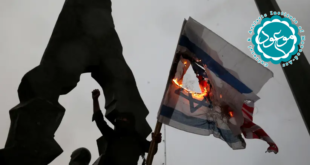 According to Mouood, quoting by JP: Israel was involved in Soleimani assassination, ex-IDF intel chief …