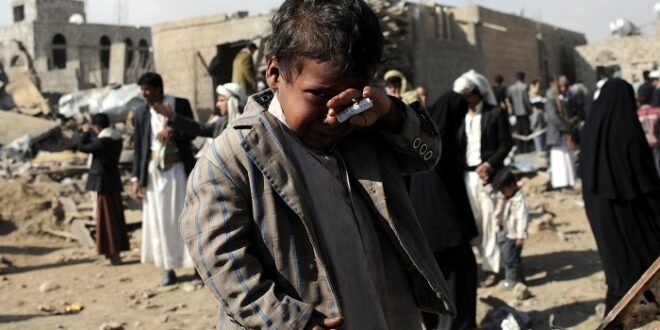 A bomb that destroyed a residential building in Yemen’s capital last month, killing 16 civilians and injuring 17 more – including a five-year-old girl called Buthaina whose photograph went viral after the strike – was made in the US, Amnesty International has said.

The assessment was based on an examination of the remnants of the weapon used in the 25 August airstrike.

Lynn Maalouf, Amnesty International’s Middle East research director, said: “We can now conclusively say that the bomb that killed Buthaina’s parents and siblings, and other civilians, was made in the USA.

Yemen has been since March 2015 under a brutal aggression by Saudi-led coalition. Tens of thousands of Yemenis have been injured or martyred in Saudi-led strikes, with the vast majority of them are civilians.

The coalition has been also imposing a blockade on the impoverished country’s ports and airports as a part of his aggression which is aimed at restoring power to fugitive former president Abdrabbuh Mansour Hadi.