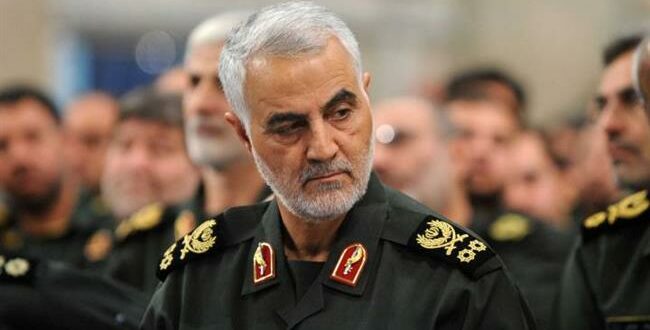 “Iran, Russia, Syria, and Iraq should hold this celebration,” said the general at a ceremony held in memory of an Iranian military adviser martyred in Syria.

In recent months, the Iraqi and Syrian armies have been dealing heavy blows to Daesh, ridding the terror group of its main strongholds in the neighboring Arab countries.

At Baghdad and Damascus’ respective requests, Iran has been providing military advisory support to the countries’ militaries in their counter-terrorism operations.

Russia has also been providing the Damascus government with military assistance in the face of terrorists.

Soleimani further said there are three reasons why Iran is standing by Syria in the fight against terrorism.

First, he said, the Takfiri outfit – which brands those not subscribing to their radicalism as “apostates” — “consider killing us to be an imperative.”

Secondly, the general said, the terrorists seek to use Iraq and Syria as a bridge leading to Iran, noting, “We could not sit around to see Iraq and Syria fall, and then they reach us.”

And thirdly, the Islamic Republic has to defend itself against the enemy’s goal of obliterating its independence and existence, he added.

On June 7, Daesh gunmen mounted almost simultaneous assaults on Iran’s Parliament and the Mausoleum of the late Founder of the Islamic Republic Imam Khomeini. The twin attacks killed 17 people and injured over 15 more,

In August, General Qassem Soleimani said Iranian forces would not rest until they have taken out every last terrorist from the face of the Muslim world after Daesh reportedly beheaded an Iranian military adviser in Syria.

Share
Previous Analysis: End of war in Syria not in Washington’s interest
Next US-made bomb kills and maims Yemeni children in deadly strike