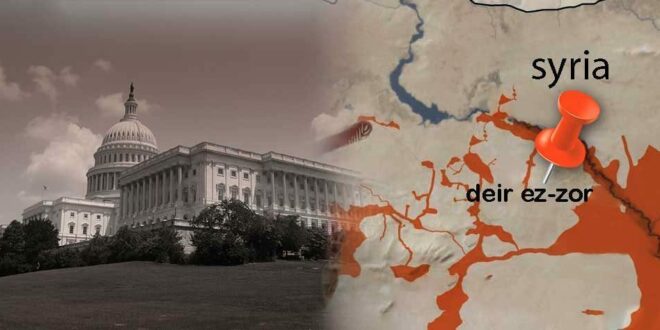 Analysis: End of war in Syria not in Washington’s interest

It is not a secret that the American government has been supporting terrorist groups during the entire Syrian conflict. One of these days, another fact proving this statement was recorded.

On September 20, Hayat Tahrir Al-Sham (HTS) militants with their allies launched an offensive on the Syrian Arab Army positions, north-east of Hama city, The National reported.

Most likely, the attack of the militants was orchestrated by the U.S. intelligence agencies, which had provided them with the information on the locations and the military strength in the region.

It is also reported that the militants’ main object was the units of the Russian military police, which had been deployed to control ceasefire regime in the fourth de-escalation zone. It should be reminded that the parameters and borders of this zone were established on September 15, during the sixth round of Syrian talks in Astana.

It’s worth noting that the attack was unsuccessful, as the Syrian army units backed by Mauli tribes managed to react in due time and began a counter offensive. As a result, the terrorists suffered heavy losses and had to retreat.

Apparently, the United States does not want the Syrian army to completely liberate Deir Ezzor, and makes every effort to prevent it from achieving its goal. There are two possible reasons for that.

First, after the liberation of Deir Ezzor, which is located not far from the Iraqi border, the Syrian troops will be able to unite with the Iraqi forces and establish control on the border. At the same time, Washington cannot permit full-fledged cooperation between the armies of Syria and Iraq, otherwise the remaining ISIS units in this region will be destroyed much faster than the U.S. plans.

Second, Deir Ezzor is a strategic region rich in gas and oil, and Washington has its own interests in it.

For the past several days, the United States has been involved in the attacks on the Syrian army positions. According to Fars News, the Syrian troops were twice shelled by mortars and artillery units from the eastern bank of the Euphrates River. There the Syrian Democratic Forces (SDF) and the U.S. Special Forces are deployed.

There are reports that the international coalition and SDF have temporarily suspended the liberation of Raqqa and regrouped its troops to the northern part of Deir Ezzor province.

So, the world community has once again ensured that the White House doesn’t want peace and stability in Syria. In addition, Washington tries to change the tide of the game, which often is not in their favor.