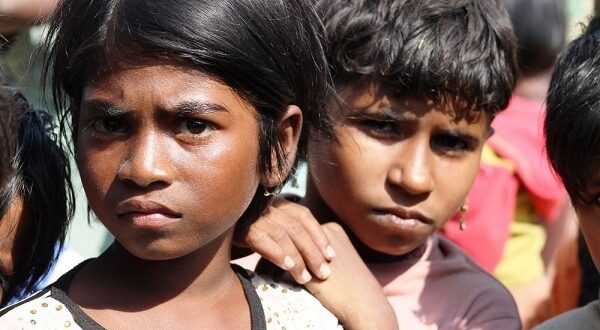 Following the Islamic Revolution of Iran and then the Soviet Union collapse, the Muslim world’s developments saw transfer to a new stage.

Hitherto, the key issue of the Muslim world was the Israeli occupation of the Palestinian lands, an issue that pushed the Muslim countries towards unity. But things have changed gradually in West Asia region and other Muslim-inhabited parts of the world when a Muslim government came to power in Iran in 1979 after shah removal which led to collapse of the Nixon-designed “twin pillars policy” that looked forward to empower shah’s Iran and Saudi Arabia to protect the US interests in the region largely through blocking the way of Soviet influence.

Seeing the post-revolution government of Iran as handicapping implementation of its West Asian strategies, the US during all these years of Islamic Republic life has tried to produce a negative Arab viewpoint about the Islamic Revolution of Iran. The Western media, along with the Western politicians, launched their Iranophobic project, propagating concerns about the so-called Tehran efforts to spread the Shiite Islam across the region, warning the regional leaders that the new development introduced by Iran to the region could shake up the Arab regimes.

It was at this time that the Soviet Union collapsed, leaving the US the unchallenged power on the global stage. To justify its interventions across the world, Washington needed a foreign enemy, something provided to the White House leaders by the 9/11 attacks. The American war against the Muslims began at this point of time, breaking down the Muslim world more and more.

The leaders of Saudi Arabia and other Arab states of the Persian Gulf region stayed within the Western alliance in a bid to save security and guarantee their rule, turning a billing eye to the American-led carnages across the Muslim nations. They even criticized the Iranian backing for the oppressed Muslims, alleging that Tehran was after expanding its toehold regionally.

The instability, massive infrastructure devastation, and displacement of millions of Muslims were never limited to Iraq, Syria, Lebanon, Afghanistan, and Gaza Strip, rather they went beyond this range to cover East Asia and Africa Muslim nations. The political order was damaged in Egypt, Libya, Tunisia, Sudan, Somalia, and the latest was Nigeria– whose Muslim population set to grow bigger– that has become scene to sectarian and religious clashes.

50 percent of 180 million Nigerians are Muslims, with between 10 and 12 million of them being Shiite Muslims. When the Iranian Revolution succeeded in 1979, the Shiites of Nigeria were only 500,000. But promotions majorly run by the Shiite groups slightly transformed the population makeup in Nigeria. Since then, the Shiite population of Nigeria set to increase and day by day grew bigger. This set off the alarm bells to the Israelis– seeing themselves rivals to the Islamic Republic– who predicted that if the Shiite growth rate keeps this fast, until 2020 the Shiite sect will be the majority in the country. This calculation mobilized the West and its allies toward thwarting Islam and the Shiites in this African nation.

It was amid these anti-Islamic attempts of the West that Boko Haram terrorist group announced existence in Nigeria, taking cue from Al-Qaeda. Adopting an extremist version and interpretation of Islam, the group sought establishing an Islamic state in Nigeria. Boko Haram rise, this time in Africa, provided two types of excuses, one to the West to intervene in the African nations and the other to the Christians and the African armies to massacre the Muslims in their countries.

Boko Haram’s widespread crimes and kidnapping spread Islamophobic atmosphere in Nigeria and its neighbors. This meant inflammation of the anti-Muslim pessimism of the other religions’ followers in Africa. A confrontation ensued, leaving large numbers of the Christians killed by the Boko Haram. The Christians in retaliation displaced the Muslim residing in their areas.

Amid such tensions, the Americans discussed obliteration of terrorism in Nigeria with the Nigerian leaders, but at the same time underscored the need for Abuja officials to track the roots of popular tendency to Islam. This discussion notes that the Nigerian leaders as well as the state institutions were required to block the people’s joining of the Islamic Movement in Nigeria led by the top Shiite cleric Sheikh Ibrahim Yaqoub El Zakzaky to stop enlargement of pro-Iranian Shiite population community in the country.

The incitement fueled Muslim-Christian conflict in Nigeria, that later spilled over to other African countries. People who lived in peaceful coexistence for centuries in African in recent years engaged in devastating fight with no outlook for it to wind down as a result of the Western interventions and submission of the reliant leaders to the Western agenda.

The anti-Islamic American policy was also implemented in East Asian countries like Myanmar and Sri Lanka, two countries that have Buddhist majority. Before their submission to the American influence, their leaders saw no problems with Muslims. But the Western media’s Islamophobic promotion about the risks of spread of Islam provoked the rulers to raise concerns about their countries’ unity and their religion’s existence.

The US displayed a violent image of the Muslims on the news networks, movies, animations, and even the video games, influencing the Buddhists despite the fact that Buddhism accentuates peaceful coexistence as a top choice in its teachings. The hostilities of Buddhists against the Muslims of Myanmar have not been limited to the typical people, rather even the president of the country and the Buddhism spiritual leader, known as Dalai Lama, uphold the anti-Muslim campaign in the country.

The common point in the Christian and Buddhist confrontation of the Muslims in the African countries is the pressure to drive the Muslims out of their lands. They insist that the only way that the Muslims can see peace and save life is leaving their homeland. This insistence by people who for long years lived peacefully beside the Muslims but now are fighting them as a result of influence by the Western incitement indicates the active role of the Zionism in these anti-Muslim moves. 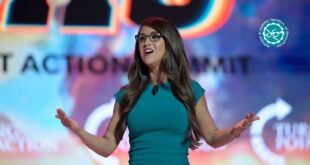