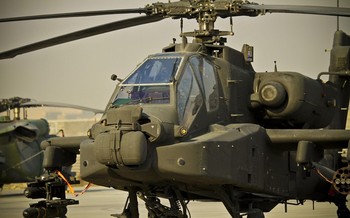 The US army has covered up thousands of its airstrikes in West Asian countries that may have led to thousands of civilians deaths, Military Times reported on Sunday.

Based on the investigation by Military Times, the US army has failed to publicly disclose potentially thousands of lethal airstrikes conducted over several years in Iraq, Syria and Afghanistan.

The enormous data gap raises serious doubts about transparency in reported progress against the ISIS, al-Qaida and the Taliban, and calls into question the accuracy of other Defense Department disclosures documenting everything from costs to casualty counts, the report said.

In 2016 alone, U.S. combat aircraft conducted at least 456 airstrikes in Afghanistan that were not recorded as part of an open-source database maintained by the U.S. Air Force, information relied on by Congress, American allies, military analysts, academic researchers, the media and independent watchdog groups to assess each war’s expense, manpower requirements and human toll.

The covered up attacks were mostly carried out by attack helicopters and armed drones operated by the U.S. Army, metrics quietly excluded from otherwise comprehensive monthly summaries, published online for years, detailing American military activity in all three theaters.

The repost says the real danger lies in the fact that this data has been incomplete since the US claimed war on terrorism began in October 2001. The cover up could fundamentally undermine confidence in much of what the Pentagon has disclosed about its prosecution of these wars, prompt critics to call into question whether the military sought to mislead the American public.

U.S. Central Command, which oversees military activity in all three war zones, indicated it is unable to determine how far back the Army’s numbers have been excluded from these airpower summaries. Officials there would not address several detailed questions submitted by Military Times, and they were unable to provide a full listing of annual airstrikes conducted by each of the Defense Department’s four military services.

“It is really weird. We don’t track the number of strikes from Apaches, for example” said a U.S. military official with knowledge of CENTCOM’s internal data collection and reporting. The official, who spoke to Military Times on the condition of anonymity to freely discuss internal procedures, was referring to AH-64 Apache attack helicopters, which the Army has used prolifically in combat over the last 15 years, most recently in support of American attacks that claim to target ISIS terrorist in Iraq.