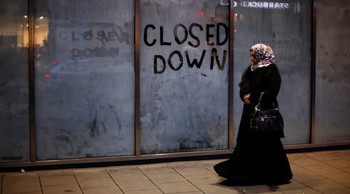 Liam Byrne MP warned on Thursday the country could be exposed to new waves of extremism with the expected return of thousands of British-born ISIS terrorists after the Iraqi Army retakes Mosul.

Byrne, who has just launched his new book ‘Black Flag Down: Counter-Extremism, Defeating ISIS terrorists and Winning the Battle of Ideas’, said the government needs to abandon former Prime Minister David Cameron’s belief that religion and extremism are linked by a simple “conveyor belt.

Programs like Prevent, which targets children as young as three for signs of radicalization, should be “reset,” he added.

According to charity Tell MAMA, which monitors hate crimes against Muslims, 100 mosques and Islamic buildings in Britain were targeted between May and September this year. Hate crimes, including religion-based attacks, rose by 41 percent this July, compared to last year’s figures.