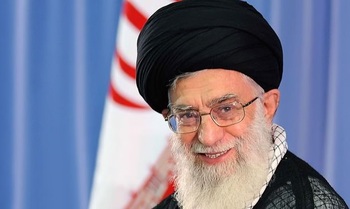 Ayatollah Khamenei made the remarks while addressing a group of people who met the Leader on the occasion of one of the holiest and significant feasts of Shia Muslims, Eid-e Ghadir.

Eid-e Ghadir is among happy holidays of the Muslims when the holy Prophet of Islam (Peace Be Upon Him) appointed Imam Ali (AS), the first Imam of Prophet Mohammad (PBUH) Infallible Household as his successor caliph and the Imam after himself following an order from God.

That event happened in the Prophet’s (PBUH) Hajjat al-Wida’ (the Farewell Hajj), in 10/632 in a place called Ghadir Khumm.

Ayatollah Khamenei said that belief in Ghadir should not lead to moves which can hurt “sentiments of Sunni brothers” because this is against the manner of the infallible Imams.

In Twelve-Imam Islam, infallibles are members of the Prophet Muhammad (Peace Be Upon Him) Household who follow only God’s desire in their actions because of their supreme righteousness, consciousness, and love for God.

“Any insult to Sunni religious leaders will in fact prevent us from listening (obeying) to the logical and valid principles of believing in Imamat,” the Leader stressed.

Imamat is the Shia Islam doctrine of religious, spiritual and political leadership of the Ummah.

“Blaspheming the other Islamic sects in the name of Islam is in fact the ‘British Shi’ism’ which would lead to emergence of mercenary and wicked groups such as Daesh and al-Nusra Front that are dependent on the US and British Intelligence Service and are committing crimes and causing destruction all over the region,” Ayatollah Khamenei said.

The Leader also said that enemies are looking for weak points of each society in order to damage it.

Urging the need to correct the weak points, Ayatollah Khamenei said, “Presently, the main objective of the enemy is to damage the country’s economy.”

On national economy, the Supreme Leader said that the government has decided to implement provisions formulated in the context of Economy of Resistance.

“Enemy is seeking to worsen people’s economic conditions and consequently, provoke discontent with Islam and the Islamic governance among people.”

Ayatollah Khameni said that he is optimistic about the future of Iran because of its faithful youth who are willing to bring the Islamic renaissance.

The Iranian youth would “bring any enemy, including the US or the Zionist regime to its knees” with the help of the Almighty, the Leader noted.