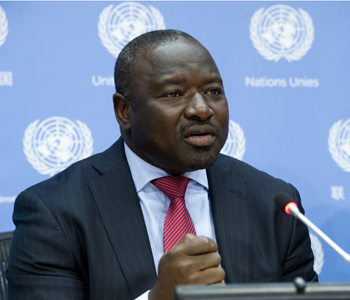 A senior UN official says Israel, which is widely believed to possess hundreds of atomic bombs, should ratify the nuclear test ban treaty within five years.

“I’m putting five years as the longest it should take now based on the positive sign that I’m seeing from Israel,” Lassina Zerbo, the executive secretary of the Comprehensive Nuclear-Test-Ban Treaty (CTBTO) Organization said Wednesday.

Zerbo met Israeli Prime Minister Benjamin Netanyahu for the first time during a visit to the occupied Palestinian territories in June.

Netanyahu reportedly told Zerbo that Tel Aviv’s ratification of the UN pact “is dependent on the regional context and on the appropriate timing.”

The treaty, which bans all nuclear explosions, was signed in 1996, but has not entered into force because it still needs ratification by nuclear-armed signatories such as the US, China, Israel, Egypt, India, Pakistan and North Korea.

An open secret for decades, the Israeli atomic stockpile is estimated at some 200-400 warheads, though Israel refuses to confirm or deny its existence under a policy of deliberate ambiguity.

Israel is also refusing to sign the nuclear Non-Proliferation Treaty (NPT) and denying international access to its atomic arsenal.

Israel’s arsenal is the only obstacle to a Middle East free of nuclear weapons because no country possesses a nuclear arsenal in the region other than the Tel Aviv regime.