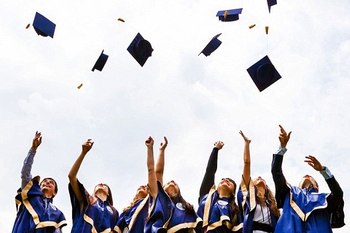 Teachers at a school in Germany staged a walkout protest at an end-of-term ceremony for A-level students after a Muslim pupil refused to shake the hand of his class mistress on ‘religious grounds.’

As the female teacher at the Kurt-Tucholsky School in Hamburg went to shake the hand of the student he offered his wrist instead.

Apparently, seconds later, he told her; ‘No offence, my religion won’t let me do that. I do not mean to disrespect you.’

But fellow teachers were outraged and demanded he be sent home from the event, a move headteacher Andrea Lüdtke refused.

Instead five teachers walked out amid ‘intense discussions’ between the student, fellow classmates and the remaining tutors.

It is not the first time that this refusal to go along with accepted western norms of behaviour has caused trouble in European schools.

Two Muslim boys in neighboring Switzerland are still waiting to hear whether their similar refusal to shake the hand of their teacher may have cost them their right to a Swiss passport.

And in June, a Muslim imam took his child out of a Berlin school after a meeting with a teacher.

When he said he wouldn’t be able to shake her hand she told him he should ‘adapt to the culture’.

After the Hamburg incident last Thursday Mrs Lüdtke said that seven teachers boycotted a celebration ball head later that evening. ‘That was very bad,’ she said.

‘The pupil in question is in no way extremist. We are now considering how to show that we cannot tolerate such behavior. It is the first time that this has been an issue at the school,’ she said.