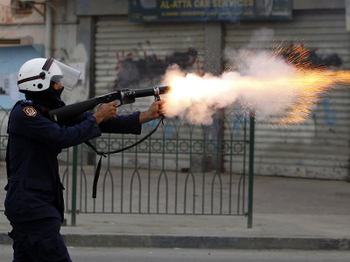 The website also published a brief about Bahrain in a list, in addition to the Ministry responsible. It also tackled details about the prison’s administration including Head of prison administration. The list said that the number of prisoners reached 4028 according to U.S. State Department human rights report in December 2013 and that prison population rate is 301 based on an estimated national population and1.34 million according to United Nations figure.

Journalist Kate Kizer pointed out in an article published in Open Democracy that “Unless Washington uses its leverage to urge the government to fully implement the BICI recommendations and free the more than 3,000 political prisoners to engage in a serious dialogue, Bahrain’s security will remain in question, as will its efficacy as a “key” national security partner for US.”

World Prison Brief Website is a database that includes information about prions and their usages in the world. The website’s information is updated on a monthly basis.