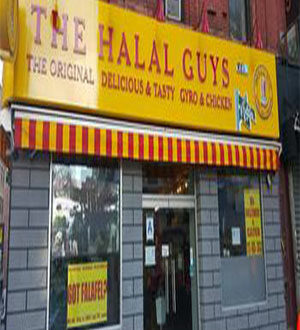 The franchised location will open in East Brunswick, New Jersey, and is the first of a number of units planned for New Jersey and the rest of the East Coast.

The Halal Guys launched a franchise program in 2014 when they partnered with Fransmart as an exclusive development partner.

The chain said in a statement: “We are excited to bring the brand to New Jersey first, where many customers are already familiar with us and we have already gained an impressive pre-opening following”.

Since partnering with Fransmart and announcing the launch of a franchise program in 2014, The Halal Guys has opened two corporate brick-and-mortar restaurants in Manhattan, and six franchised locations in the cities of Chicago; Houston; Manila, the Philippines; and Long Beach and Costa Mesa, California.

It also has more than 300 franchise units in development in territories including Atlanta, Philadelphia, Washington, D.C, Virginia, Chicago, Houston, Dallas, and the entire state of California, which sold out within the first two months of franchising, as well as international locations for the Philippines, Malaysia, Indonesia, South Korea, and Canada.