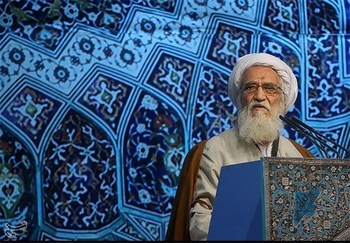 A top Iranian cleric accused Saudi Arabia of “lying” about ensuring safety of the Hajj pilgrims, asking the Iranian officials to deal with the issue very carefully to ensure security of the country’s pilgrims and prevent another disaster like the deadly Mina tragedy in 2015.

“If the (Iranian) officials say that the Saudi government has guaranteed to protect the lives of pilgrims, they should be told that Saudis are lying,” Tehran’s provisional Friday prayers leader, Ayatollah Mohammad Ali Movahedi Kermani, said on Friday.

He said the Riyadh regime lacks the competence to protect the lives of Iranian pilgrims, making a reference to comments by some Saudi clerics who “regard Iranians and Shiite as non-Muslims, the killing of whom is religiously recommended.”

“How can they (Saudis) protect the lives of Iranian pilgrims in such biased atmosphere?” he asked.

Ayatollah Movahedi Kermani then called on the Iranian officials to be cautious, saying the bitter memories of the Mina tragedy are still fresh.

More than 460 Iranians, among thousands of other pilgrims, were killed on September 24, 2015, in a crush in Mina, near Mecca, during the Hajj pilgrimage.

The incident marked the worst ever Hajj-related tragedy.

There have been doubts about participation of Iranian pilgrims in the 2016 Hajj since tensions between Iran and Saudi Arabia ran high in January following Riyadh’s execution of prominent Shiite cleric Sheikh Nimr al-Nimr, and a subsequent attack by outraged Iranian protesters on the Saudi embassy in Tehran, which resulted in the Arab country’s decision to sever its ties with the Islamic Republic.