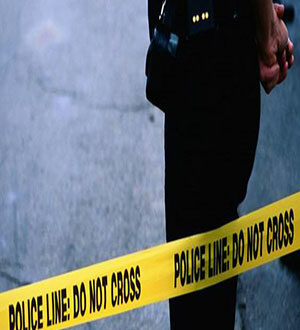 Man with phone in hand fatally shot by US police

US police officers have mistaken a cell phone for a gun in the hands of a man whom they shot and killed in Las Vegas, authorities say.
The fatal shooting occurred Thursday as the officers were helping US marshals to arrest the unidentified man accused of attempted murder.

Las Vegas police said in a statement on Friday that the victim had been under surveillance and fled from federal authorities who then called Las Vegas police for help in the search.
According to the statement, officials later found him outside a home west of downtown while holding an object in his right hand. Officers, who believed the object was a gun, told him to drop it and ordered him to stop when he began to move toward them.
They, however, opened fire when he did not obey their commands. He was pronounced dead at the scene.
“The suspect did not listen, quickly began to advance on the officers, concealing his right hand, which the officers believed was holding a firearm,” said police Captain Matt McCarthy.
He said the officers shot at the man because the confrontation was in a residential area. McCarthy, however, said no officers, agents or bystanders were injured.
Police in the United States have killed about 1,150 people as of December 15 of 2015, according to data compiled by an activist group. The group, who runs the Mapping Police Violence project, said most police departments did not provide figures on officer-involved fatalities, so its data comes from three crowd-sourced databases.