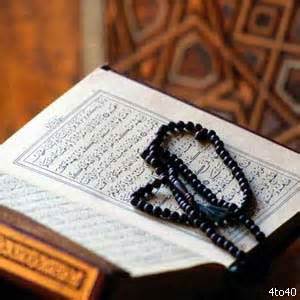 The Sublime Teachings of Islam

Prostration
Prostration, which is one of the features of the pious, is a general act of worship. A look at the Quranic verses and traditions shows that a devoted servant of God should be in prostration all the time. Prostration is an obligatory act. God Almighty, in the Quran, refers to prostration of all beings and says:
“Do you not see that Allah is He, to Whom bow down in adoration whosoever is in the heaven and whosoever is in the earth, and the sun and the moon, and the stars, and the mountains and the trees, and the animals and many of the people; and many there are against whom chastisement has become necessary…?”1

Imam Sadiq(AS) has been reported as saying: “God has made prostration obligatory during the day and the night in prayer.” The Imam (AS) further says: “O you who believe! Perform genuflection and prostration. Obey your Lord and do good so that you will become prosperous. This is a common obligation on the face, the two hands and the two feet.”2
Prostration has many benefits, the most important of which is the feeling of humbleness before God. When God sees His servant in this state, He will look at him favorably, fulfills his needs and answers his call.
It is to be noted that prostration does not belong to prayer alone. There are other prostrations for human beings before Allah. Prostration of gratefulness after each prayer, prostration for every blessing that God gives to us, prostration after reciting certain Quranic verses, and prostration for expressing our needs are some other examples, provided that we have already purified our hearts.
Imam Sadiq (AS) has been reported as saying: “One day Prophet Moses (AS) was preaching his followers. One of them rose up and ripped his own shirt. God revealed to Moses to say: “Do not rip your shirt, rip your heart.”
Imam Sadiq (AS) has further said: “One day, Prophet Moses (AS) passed by one of his followers who was in prostration. When Prophet Moses (AS) returned, he was still in prostration. Being impressed by this act, Prophet Moses (a.s.) said:‘If I could fulfill your needs, I would certainly do it. A call came from God, saying: Even if he keeps on prostrating so much until his neck is broken, I will not accept it unless he keeps his heart busy with what I like and give up what I dislike.”3
Long prostrations of Imam Sajjad, Imam Musa al-Kadhim, and other infallible Imams (peace be on them all) are well known to everyone.
17-21: One of the other features of the pious is endurance. In this connection, Imam Ali (AS) says: “In the day, they are patient, knowledgeable, virtuous, and pious. The fear (of Allah) has made them thin like arrows. If any one looks at them, he thinks that they are sick, and he says that they have gone mad. In fact, great concern (fear) has made them mad.”4
Some scholars have said: “Endurance is to be certain on affairs and to be moderate at anger. It prevents man from becoming anxious. Some of its signs are the lack of restlessness, not hastening for revenge and scolding, and not showing odd behaviors.”5
Allamah Naraghi has defined endurance as follows: “I have realized that endurance is tranquility to the soul which is not easily moved by anger in a way that no blameworthy act can affect it quickly.” Naraghi the Second says: “The opposite of anger is endurance, which is the self–confidence that is not easily moved by the power of anger, and that the hardships of life cannot make one easily anxious.”6
Then, Naraghi the First says: “Endurance is the best personal attainment after knowledge without which knowledge is of no benefit.”
The pious have truly such a feature. When they treat their parents, children, brothers and sisters, relatives, purchasers or sellers, people of knowledge or laymen, they have endurance and they avoid anger.
Anger
Anger is a deadly factor that sometimes leads to murder. Anger is said to be a temporary madness. Imam Ali (AS) has said: “It is a kind of madness, for one, who gets angry, will then regret and if he does not regret, his madness shall get stronger.”7
Imam Baqir (AS) has been reported as saying: “Anger is a firebrand from Satan that is kindled inside man. When one of you gets angry, his eyes become red, his veins become swollen, and Satan enters into him.”8
It is for this reason that endurance and forbearance have been so much recommended. The Messenger of Allah (SAW) has been reported as saying: “Seek exaltation with Allah!” He was asked: “What does that mean? The Holy Prophet (SAW) said: “Maintain relationship with one who has cut off relations with you. Give to one who has deprived you, and be patient with one who harms you.”9
The Holy Prophet (SAW) has also said: “Surely a forbearing Muslim due to his endurance is like a fasting worshipper.”10
The Messenger of Allah (SAW) has been reported as saying: “When people gather on the Day of Judgment, a herald will call: ‘Where are the people of virtue?’ Some people shall rise up happy and pleased and shall walk speedily toward the paradise. Angels will meet them, saying: ‘We see that you are rushing to paradise. They shall say: ‘We are people of virtue.’ The angels shall ask:‘What is your virtue?’ They shall say: ‘When we were wronged, we had endurance, when we were treated unjustly, we pardoned, and when we faced folly, we had forbearance.’ They are said: ‘Enter paradise which is an excellent reward for what you have done.”11
In the du’as, we read: “O Allah! Make us benefit from knowledge! Bless us with endurance. Honor us with Taqwa. Surely my guardian is Allah who has sent down the Book and He is the Guardian of the righteous.”12
Endurance is an outstanding feature of the pious, by which we can recognize them. The true examples of endurance are the Imams of guidance, the purified household of the Holy Prophet (SAW) and most of their followers. Malik al-Ashtar is an example.

Pages: 1 2 3 4 5
Share
Previous The Auspicious Birth Anniversary of Imam Muhammad Baqir(A.S.)
Next Has Khums Been Forgiven during the Occultation of Imam Zaman (A.S.)?