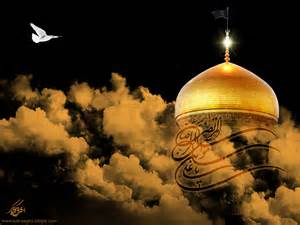 Objectives
Islamic Research Foundation of the Holy Shrine of Imam Reza (A.S.) since its inception in the year on November 12, 1984 has endeavored to attain the cited objectives and reach its goals. At present the institution is working in a newly constructed four-storey building located at the beginning of Tabarsi Avenue adjoined to the Holy Shrine of Imam Reza (A.S.), whose construction commenced in 1997 and was accomplished in 2002.The four-storied new building occupies a total area of 24300 square meters and includes units for research departments, offices and conference halls. All its units are equipped with advanced centrally heating and cooling as well as audio-visual facilities.
The Grounds for Activities
Islamic Research Foundation besides its endeavors to achieve its basic objectives is also carrying out other programs and activities which are summed up as follows:
1. To establish research departments and colleges for research in Islamic sciences and humanities to achieve the cited objectives.
2. Recruiting proficient and capable scholars and researchers in the various scientific bodies.
3. Availing the research potentials available in the scientific centers and signing different agreements with researchers and translators for carrying out research, compilation, translation and edition in line with the cited objectives of the foundation.
4. Reciprocal cooperation with all the institutions of the Astan Quds Razavi in particular the cultural institutions to ascertain their research and educational needs.
5. Enhancing the scientific level of the researchers in the foundation by providing them study opportunities and scholarships in scientific organizations within the country and abroad.
6. Granting study opportunities to the researchers and scholars in the universities and Hawzah (Islamic Seminary) and granting scholarships in line with the research objectives of the foundation.
7. Printing scientific and specialized publications.
8. Organizing scientific congresses, sessions and conferences in particular commemorating and introducing the Holy Infallible Imams (A.S.) and other Islamic notables and luminaries as well as cooperating and participating in the seminars within the country and abroad. It has so far conducted 6 international congresses and more than 70 seminars since 1984.
9. Carrying out necessary actions which are deemed necessary to achieve the objectives of the foundation. If necessary, it can also establish representative offices within the country and abroad.
In addition, the foundation is Iran based body and a constituent of Astan Quds Razavi and is considered as a non-profit making institution.
The Islamic Research Foundation in the last thirty years has published 1698 titles in 3387 volumes of books in 939475 pages till the end of 2014 and 1656 of its volumes have been reprinted for second time or more.Only in the year 2014, 216 titles of books in 240 volumes were published out of which 138 titles of books were first edition.
The copies of books published till now have surpassed the figure of 12.8 million copies and its 92 published titles have attained meritorious distinction, appreciation certificates and awards from the research institutes, universities and Islamic seminaries. It has so far conducted 6 international congresses and more than 70 seminars since 1984. At present it has attained distinguished place among the research institutions and publishers in the Islamic Republic of Iran.
Research Departments
The research departments of the foundation can be considered as the spinal column of this research center which are as follows:
1. The Holy Qur’an
2. Hadith
3. Jurisprudence and the Principles of Jurisprudence
4. Theology and Islamic Philosophy
5. Islamic History
6. Islamic Texts Edition
7. Geography of Islamic Countries and Astronomy
8. Arabic and Urdu Translation.
9. European Languages Translation (English, French, German)
10. The Children and Young Adults Literature
11. Biography and Genealogy
12. Khurasan Studies
13. The Encyclopedia of Astan Quds Razavi
14. Bibliography
15. Pilgrims Cultural Studies
16. Religions and Islamic Schools of Thought
17. Wakf (Endowment) and Nazr (Vow)
18. Digital Islamic Encyclopedias
19. Islamic Economics
20. Islamic Art
21. Nahjul Balagha
22. Imamat

Pages: 1 2 3
Share
Previous Forgiveness in Islam
Next Narration regarding Dajjal (The Anti-Christ)