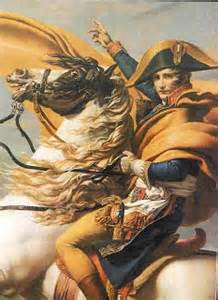 Executive Director, The Fiqh Council of North America
Napoleon Bonaparte was one of the greatest military genius in history. He conquered much of Europe and became the emperor of France from 1804 to 1815. He centralized the French government, established the Bank of France and introduced the Napoleon Code to reform the French law. Finally his army was defeated by the allied forces and he was imprisoned by the British on the remote Atlantic Ocean island of St. Helena. He died there on May 5, 1821.
Napoleon very much appreciated Islam and Prophet Muhammad (PBUH). He studied the Qur’an as well as the life of Prophet Muhammad and appropriated that knowledge to realize his world ambitions. He converted to Islam and took the name of “Ali Bonaparte.” He was a student of oriental history in general and Islamic history in particular. Ziad Elmarsafy observes that “There are few more momentous “applications” of European learning about Islam than Napoleon’s invasion of Egypt… A learned man, Napoleon embodied the relationship between power and Orientalists knowledge.”Napoleon’s military genius and successes owed much to his knowledge of the Orient.