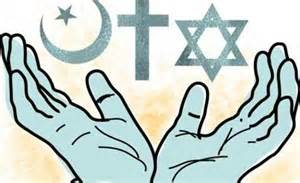 Understanding the Universal Abrahamic Religion: Bringing Together Ahl al- Kitab and attracting their Attention to the Need for Unity
Text of the speech of Professor Muhammad Taqi Ja‘fari at the conference on Islam and Christianity held in Switzerland on the November 27th, 1995. A major portion of this speech was first presented on the March 7th 1985, at the Society of Wisdom and Philosophy, Tehran.
Translator: Bahador Shirazian; Editor: Yogi Sikand
The First Discussion
In the Name of God
One of the most important religiously obligatory demands today is a proper understanding of the universal Abrahamic religion and its purification from the influences that have covered this divine religion through the centuries. This is because this universal religion of God, which was preached by our forefather, the Prophet Abraham (pbuh), is the same religion which has united all of us Ahl al-Kitab through general and common principles. These common principles, which form our general beliefs, are:

Pages: 1 2 3
Share
Previous Types of Unity in the Holy Qur’an and Fundamental Causes of Disunity
Next 8 Reasons Young Americans Don’t Fight Back: How the US Crushed Youth Resistance