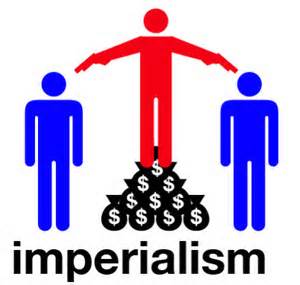 Chapter 1 of Against Empire by Michael Parenti

Imperialism has been the most powerful force in world history over the last four or five centuries, carving up whole continents while oppressing indigenous peoples and obliterating entire civilizations. Yet, it is seldom accorded any serious attention by our academics, media commentators, and political leaders. When not ignored outright, the subject of imperialism has been sanitized, so that empires become “commonwealths,” and colonies become “territories” or “dominions” (or, as in the case of Puerto Rico, “commonwealths” too). Imperialist military interventions become matters of “national defense,” “national security,” and maintaining “stability” in one or another region. In this book I want to look at imperialism for what it really is.
Across the Entire Globe
By “imperialism” I mean the process whereby the dominant politico-economic interests of one nation expropriate for their own enrichment the land, labor, raw materials, and markets of another people.

Pages: 1 2 3
Share
Previous Disaster Casino Capitalism have converted USA into a Military Empire in Total Servitude of International Zionism
Next In your Face! The Facebook Corporate Bonanza